Jose Mourinho was scathing in his assessment of Chelsea and believes his side deserved to exit the Champions League to Paris St Germain on Wednesday night.

The Blues twice allowed 10-man PSG to come from behind to draw 2-2 and win an ill-tempered last-16 tie on away goals at Stamford Bridge.

"We didn't deserve to go through," Mourinho said. "When a team cannot defend two corners and concedes two goals, a team doesn't deserve to win.

"The individual performances were not good enough and when you concede two goals from two corners it's about lack of concentration, lack of responsibility to cope with the markers and the space you have to control.

"When a team cannot cope with the pressure of being one player more and playing at home... we couldn't cope with that pressure. We deserved to be punished with this draw, defeat."

The first leg was drawn 1-1 and Chelsea's advantage grew when Zlatan Ibrahimovic was harshly sent off after 31 minutes.

Gary Cahill's strike nine minutes from the end of normal time was cancelled out by former Chelsea defender David Luiz, but the hosts went ahead for a second time through an Eden Hazard penalty early in extra time.

PSG captain Thiago Silva, who conceded the spot-kick for handball, was denied from a corner by Thibaut Courtois but then netted with a header moments later to make it 2-2 on the night and send the visitors through.

The French outfit were eliminated from the competition last term by Chelsea on the away goals rule, but advanced to the last eight for a third straight season.

Mourinho and Chelsea, meanwhile, are left to focus on their bid for the Blues' first Premier League title in five years, which resumes on Sunday at home to Southampton.

The Portuguese will wait until Thursday for an explanation for the sub-par performance by his side.

"I want to know," he said. "I told the players after the game that it's not the moment to speak with them about it. (On Thursday) we will try to analyse that.

"For me it was a surprise. So I'm disappointed, but I try always to be pragmatic and when the opponent was better than us the first feeling is we deserved to lose. Analyse the situation is the next step.

"We need to react. We have the Premier League to win. We lost a competition where even if we had won today you have other important steps in front of you and other big teams to beat.

"We have the Premier League to win and we are in a good situation. There's no time to cry.

"If we win the Premier League and Capital One Cup, this season is still a fantastic season for us."

Chelsea are five points clear of second-placed Manchester City with a game in hand. 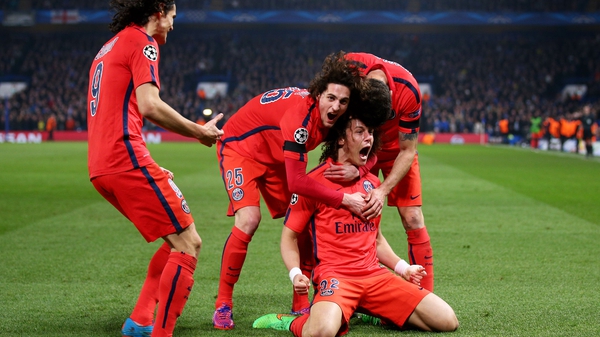