Five men involved in an incident on the Paris Metro ahead of a Chelsea match have been served with summonses, police in England have said.

The men will appear at Waltham Forest Magistrates' Court on March 25 "regarding a police application for football banning orders", Scotland Yard said.

Controversy erupted last month when Chelsea fans were filmed singing racist chants and refusing to let a black man on a train ahead of the Champions League clash against Paris St Germain.

A Metropolitan Police statement said the summonses were served on Wednesday and Tuesday.

The development comes on the day that the two teams meet in the return leg of the tie in London. They will compete for a place in the Champions League quarter-finals at Chelsea's Stamford Bridge stadium.

Football banning orders are issued by courts following a conviction for a football-related offence after a complaint by the Crown Prosecution Service or a local police force, the UK Home Office website says.

They can last for between three and 10 years. Breaches of the orders can result in a sentence of up to six months in prison.

Meanwhile, the victim of the incident said he was still traumatised and would not accept an invitation from the soccer club to attend the return leg in London tonight.

Chelsea manager Jose Mourinho had invited the French man named only as Souleymane to Wednesday's second-leg match at Stamford Bridge.

"I won't go. They can't buy me with a little piece of paper. I'm not a child," Souleymane told RTL radio. "I don't want to sit in that stadium next to those people who pushed me."

Last month, a group of Chelsea fans chanting "We're racist and that's the way we like it" pushed Souleymane back as he tried to board a metro train before the 1-1 Champions League draw against PSG.

Mourinho said he was disgusted by the behaviour of the fans, five of whom were suspended from attending matches after being identified through amateur video footage.

Souleymane said he was no longer sleeping at night.

"I still hear the voices of those people who pushed me because of the colour of my skin," he said. "I can't go to work anymore. I live with racism but it's the first time I've had to go to a doctor to ask for pills to calm myself down."

Following the incident, London and Paris police launched investigations and Chelsea has said the club could issue banning orders for life.

"I want these people to be prosecuted and justice to be done," Souleymane said. "Racism must stop." 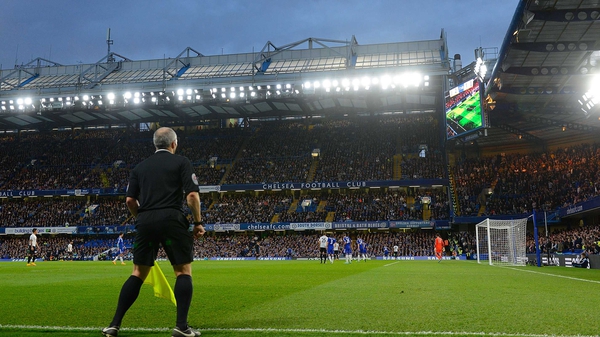