The man subjected to racist chanting by Chelsea fans and pushed off a train in Paris has snubbed the Premier League club's invitation to attend a match at Stamford Bridge.

Video footage showed a group of Chelsea fans preventing the man, named as Souleymane, entering a metro train and chanting "we're racist, and that's the way we like it" before the 1-1 Champions League draw against Paris St Germain on Tuesday.

Chelsea have suspended five supporters from attending matches after conducting their own investigations.

Their manager Jose Mourinho said he was "disgusted" and "ashamed" by the behaviour, adding that the club would be writing to Souleymane to apologise and invite him to attend the return game against the French champions on 11 March.

However, Souleymane told French newspaper Le Parisien: "I appreciate Mr Mourinho's invitation, but I can't get my head around being in a stadium at the moment."

Mourinho told Sky Sports on Sunday he was "not sure whether the gentleman will accept the offer."

In an interview with the Guardian newspaper, Souleymane said: "What happened has left me really afraid. I just want justice to be done, no more than that.

"I was a little bit hurt physically but in terms of morale I was hurt a lot. It has really affected my life. I can't go back into the Metro, it makes me really afraid.

"I don't think you should be denied the right to take the Metro because you're black. That's what they wanted."

Chelsea fans brandished banners and posters saying "No racism at the Bridge. That's the way we like it" during Saturday's 1-1 draw against relegation-threatened Burnley. 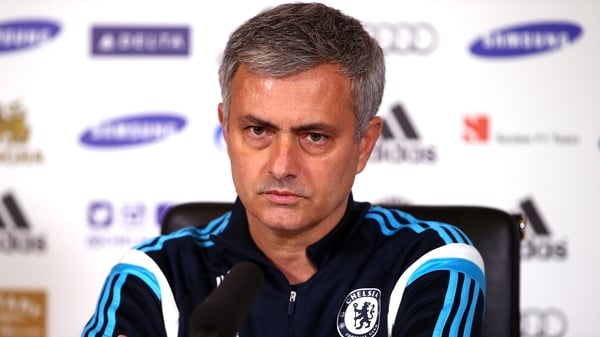