Matic was sent off for his reaction to Barnes' 70th-minute tackle, but the Burnley player went unpunished in the 1-1 draw at Stamford Bridge on Saturday.

Mourinho had little to say in his post-match press conference after Saturday's 1-1 draw at home to Burnley, simply listing the key moments in the game and adding: "If you look at these moments you know exactly what I think about the game."

But he was much more forthcoming when appearing on Goals on Sunday on Sky Sports - a network he had strongly criticised for their coverage of Diego Costa's stamp on Liverpool's Emre Can last month, when replays of the incident carried the strapline 'Costa's crimes'.

Taking the opportunity to turn the tables, Mourinho used a question about Barnes' tackle to repeat his complaint.

"When I finished at the game against Liverpool, I went to the dressing room and the first thing I saw on the big screen, reading non-stop - 'Diego Costa crimes'," he said.

"I would like to know how to you, Sky Sports, describe the actions of the Burnley player yesterday? My English is not good enough to find a word.

"I don't like the fact you start immediately, in that moment, the public judgement of the player" - Jose Mourinho on Sky Sports

"When you think 'Diego crimes' after he puts his boot on a hand, when this is 'Diego crimes', the minimum you have to say is 'criminal tackle'.

"Did you apologise to Chelsea, to Diego or myself? You didn't. As an institution, Sky is so important in the Premier League, you never apologise.

"When Diego Costa has a three-match ban, probably three matches to Matic... tell me how many matches this player deserves?"

Mourinho was fined £25,000 by the English FA in January for claiming there was a "campaign" in the media against Chelsea, but maintained his attack on coverage.

"I don't like the fact you start immediately, in that moment, the public judgement of the player," he added with regard to the Costa coverage. "You gave no space to the people that have to decide, the pressure was so much.

"This one [on Saturday] was even worse. This can be end of career. Matic is a very lucky guy."

Mourinho repeated his list of complaints regarding decisions which he believes have gone against his team this season, suggesting Chelsea would be 12 points clear of Manchester City rather than five had officials got their decisions right.

"I'm risking my dugout in the [Capital One Cup] final because maybe tomorrow I get a ban," he said.

"When I go to the media and do what I did [on Saturday], '30, 33, 43, 69 and goodbye' or do what I'm doing with you, I'm not attacking the honest or dignity of anyone, I'm not trying to bring the game into disrepute - which is always [the phrase] they use when they want to punish me.

"I'm just trying to be honest. If you ask me about the five-points difference I would say that if we are in a normal situation where mistakes which are part of the game are sometimes in our favour, sometimes against us, it wouldn't be five, it would be 12."

The Portuguese went on to add that he was sympathetic to the difficulties referees face, and suggested that more video technology should be used.

"If the referee cannot see a penalty three metres in front of him, some official in front of a screen cannot miss it," he said.

"If we want to protect the integrity of referees and believe the mistake is a consequence of misinterpretation or a bad position or the unpredictability of the game, I think technology can help." 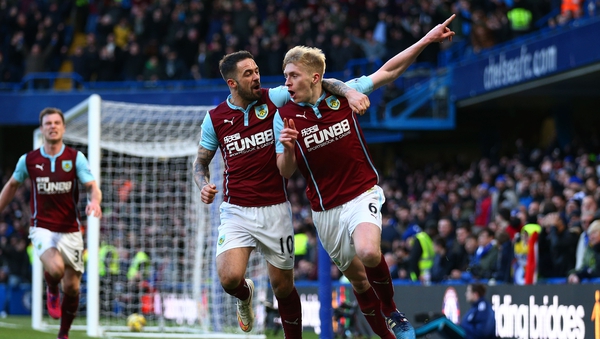