Matic was shown a straight red card by referee Martin Atkinson for pushing over Ashley Barnes after taking exception to a nasty one-footed lunge from the forward.

John Terry and Kurt Zouma restrained Matic as he seethed at the tackle, before the Serbian eventually left the pitch knowing he now faces a three-match ban for violent conduct.

Branislav Ivanovic was booked during the same flashpoint for attempting to prevent Atkinson withdrawing the red card from his pocket.

Chelsea had been coasting until Matic's dismissal with Ivanovic firing them into a 14th-minute lead, but the melee sparked a revival from Burnley who saw Barnes go close before Ben Mee headed in the equaliser.

The eventful final 21 minutes at Stamford Bridge concluded a miserable week for the Blues, who have been desperate to repair the damage caused when footage emerged of a small group of their fans racially abusing a man on the Paris Metro on Tuesday night. 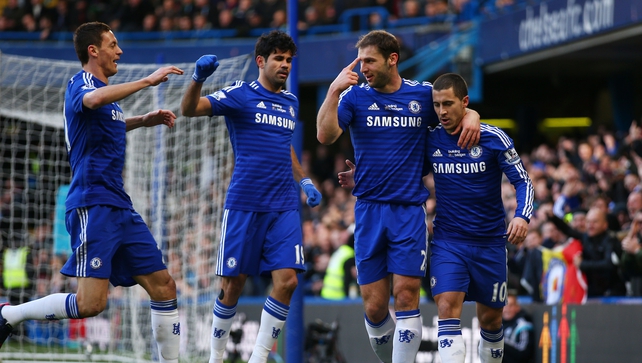 Once again they expressed their anger after a commuter was prevented from boarding a train amid chants of "we're racist, we're racist and that's the way we like it".

John Terry used his captain's notes in the matchday programme for Chelsea's annual 'Game for Equality' to describe the incident as "unacceptable", while chairman Bruce Buck admitted the event had placed the club at a "crossroads" in their fight to stamp out discrimination.

Another potential storm looms on the horizon, however, after police confirmed on Saturday morning they are seeking a gang of men - believed to be Chelsea fans - who were heard shouting racist chants at London St Pancras on Wednesday night.

It was against this backdrop that the Premier League leaders met relegation-threatened Burnley and the relief from controversy they sought appeared imminent as they poured forward in search of a second, but it was the visitors who finished the stronger team.

The match had barely started when Juan Cuadrado looped a header that keeper Tom Heaton parried to safety with his fingertips, but by the 14th minute Chelsea were ahead.

Burnley's defence was caught dithering and Eden Hazard capitalised, weaving a seemingly impossible path to the byline before pulling back to Ivanovic who drilled the ball home from close range.

The sublime interchange that followed moments later between Hazard, Diego Costa and Oscar was worthy of a second, but they were guilty of over-elaboration when the trigger needed to be pulled.

Ivanovic had a penalty appeal for handball rejected by referee Atkinson and apart from a smart save by Thibaut Courtois, it largely remained one way traffic.

Atkinson had a bigger call to make on the stroke of half-time when Jason Shackell appeared to push Costa over, but the official waved play on and was met with jeers from home fans.

Stood in the technical area, an incredulous Mourinho shook his head with his face breaking out into a wry smile.

Barnes tried his luck from long range with a dipping shot and would have been successful but for the reflexes of Courtois.

Chelsea were quickly back on to the offensive, Oscar playing a beautiful ball through to Costa who ghosted into a strong position only for his shot to lack power, enabling Heaton to deny the Spaniard.

The Blues were pushing hard for a second as Costa almost connected with a fine cross by Ivanovic before scrambling defence stopped another attack at the crucial moment.

Matic was dismissed and Barnes almost beat Courtois, before Burnley plundered the equaliser when Ben Mee leaped high between two defenders to nod home at the far post. 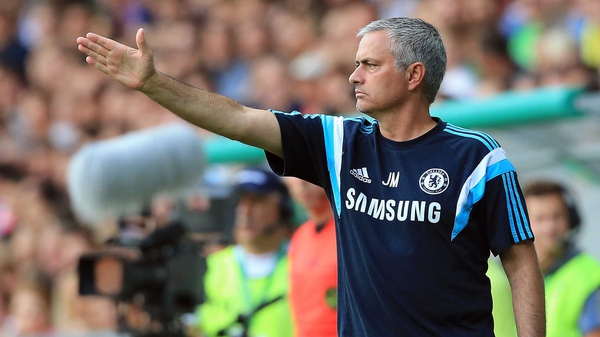