The winger was brought down by Ron Vlaar - who was sent off - to win it for the Potters at the death.

Scott Sinclair had headed Villa in front only for Mame Biram Diouf to level just before the break.

Defeat kept the hosts in the bottom three of the Barclays Premier League and underlined the job Sherwood has to keep them up.

He made his mark on the team by dropping Ashley Westwood and Tom Cleverley as Carlos Sanchez, Carles Gil, Gabriel Agbonlahor, Kieran Richardson, Sinclair and Brad Guzan returned.

Jonathan Walters was back for Stoke after a knee problem with Asmir Begovic recalled after being rested in the FA Cup against Blackburn with Marc Wilson, Erik Pieters and Stephen Ireland available after injury.

Sherwood had promised endeavour and goals in his pre-match programme notes but it was a quiet start from both sides.

Neither took control of the game but Villa got the early goal Sherwood craved when Sinclair, who scored his first goal since 2012 last week, opened the scoring. 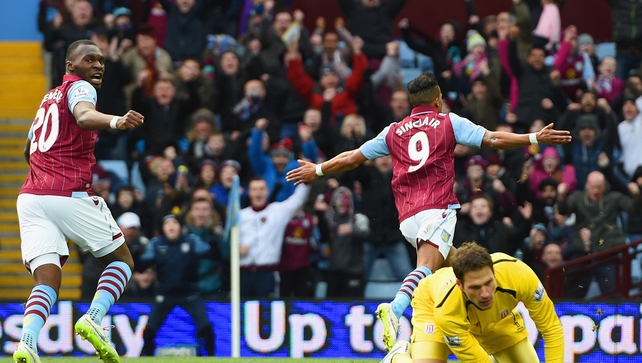 Stoke wanted a foul after Sinclair and Phil Bardsley tangled from a corner but the ball fell to Fabian Delph who whipped a delightful cross in from the left for Sinclair to glance past Begovic from 12-yards.

Ciaran Clark's fine tackle denied Walters and Diouf fired straight at Guzan as Stoke responded but the teams cancelled each other out.

Villa negotiated any problems without causing Stoke any of their own with Christian Benteke well marshalled by the visiting defence.

If some Villa fans expected the floodgates to open after Sinclair's fine header they were left disappointed with the spark leaving the the hosts.

And the game was ambling towards half-time only for Stoke to level out of the blue seconds before the break.

Walters teed up former Villa misfit Ireland and his cross was powered in by Diouf from seven yards.

It was a shock to the hosts' system and Ireland drilled over after the re-start with Villa still recovering from the late first-half blow.

The disappointing Benteke remained isolated and unable to make a decisive impact while Sherwood replaced the ineffective Gil with Andreas Weimann.

Combative and unflustered Stoke started to scrap Villa out of the game and, while there was little quality from either side, the visitors had the impetus.

Guzan punched away Walters' angled volley yet there was nothing to suggest either side would grab a winner.

Villa lacked the skill or know-how to unlock Stoke again although Begovic tipped over Agbonlahor's header with two minutes left.

But Villa imploded in injury-time when Vlaar's poor touch allowed Moses to steal the ball and burst into the area.

Vlaar scythed the forward down, was sent off, and Moses then beat Guzan to snatch the win. 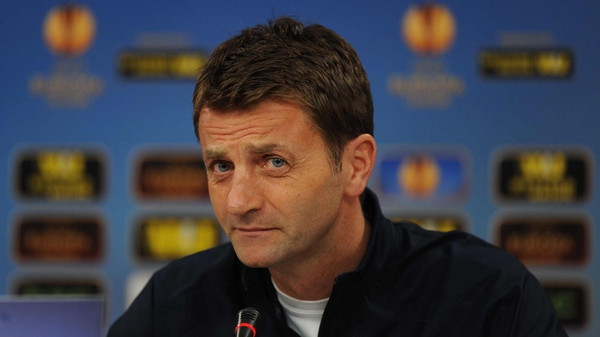