Tim Sherwood has been appointed the new manager of Aston Villa.

The 46-year-old, who was most recently in charge of Tottenham, takes over the Barclays Premier League club from Paul Lambert, who was sacked on Wednesday.

A statement on Villa's website read: "Aston Villa Football Club are delighted to announce the appointment of Tim Sherwood as our new manager.

"Tim, 46, joins after a long and successful coaching career with Tottenham, culminating in a short but successful period as manager, and has agreed a contract that will see him take charge until the end of season 2017-18."

Sherwood had recently been linked with the likes of West Brom and QPR.

His stint as boss at Tottenham, who he used to play for, was his first and only previous spell as a number one and lasted for five months up to the end of the 2013-14 season, with him being sacked after guiding Spurs to a sixth-placed finish in the table.

He had previously spent five years on the coaching staff with the London club.

On his appointment at Villa, Sherwood said: "It is a great honour to manage one of the biggest clubs in English football.

"I can't wait to get started and I'm really looking forward to the challenge."

Villa chief executive Tom Fox said: "Randy (Lerner, the Villa chairman) and I are really pleased that Tim has decided to join the club.

"Tim had a fantastic career at Tottenham, not only in his brief spell as first-team manager but, just as importantly, in the role he played in developing young talent.

"We are determined to build a football operation with a long-term vision and a commitment to youth development.

"We strongly believe Tim has the qualities to get the best out of our current squad and help us build and develop for the future." 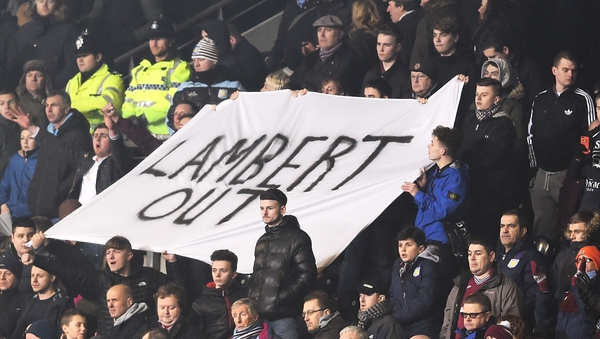