The in-demand Chesterfield striker, scorer of 26 goals this season, signed for the Championship side in a deal worth up to a £1million, in what was the most expensive move for an Irish player during yesterday’s final day of transfer activity.

Collins said West Brom came in for the 26-year-old while he and Doyle were en route to Cardiff for a medical and to discuss terms.

However, West Brom were also chasing West Ham forward Carlton Cole and looked have the deal done as Emmanuel Adebayor was set to fill Cole’s place in the Hammers’ roster with a loan move from Tottenham.

But the deal collapsed as the clock ticked down in the final minutes of the window with Spurs refusing to sanction Adebayor’s loan to their London rivals.

By then the ink was already dry on Doyle’s Cardiff contract with the former League of Ireland player having signed up by mid-afternoon with Russell Slade’s outfit.

Collins said there had been a lot of interest in Doyle over the closing days of the window, and speaking to RTÉ Sport, he said: “Sheffield United and Preston had made bids over the weekend and spoke to Chesterfield.

“We always felt with Eoin being the highest scorer in all four divisions in England one of the bigger boys might come in.

“We got a bite from Cardiff yesterday morning and they agreed a deal with Chesterfield. Eoin packed his bags and went down to Cardiff but on the way down we had an interest from a Premier League club. They said they were keen but had other irons in the fire.

“But when a Premier League club comes knocking, well we slowed down and just waited for a couple of hours to see if that one got going.

“When the Premier League come calling and you’re already on your way to a big Championship club it can prove difficult. The club was actually West Brom, so we kind of knew what was going on with Carlton Cole going there.

“So we felt all along Carlton Cole wouldn’t go there unless Adebayor left Tottenham [for West Ham].

“So there were all sorts of things going on. We just waited to see but unfortunately the West Brom thing went dead and we went on down to Cardiff, which Eoin was happy to do in the end.”

The move is still a great one for Doyle, who is stepping up from League One to the Championship, with Collins adding: “Eoin’s going to a top club in the Championship that have a chance of in the next couple of years of getting back to the Premier League, so he’s thrilled.

“He’s come the hard way through Shamrock Rovers to Sligo Rovers, over to Hibs and down to Chesterfield but he’s on an upward curve and he continues to score goals.” 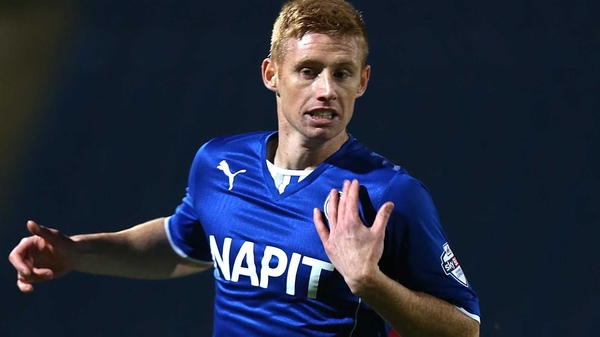