Manchester City and Swansea have agreed a £28million fee for striker Wilfried Bony.

Press Association Sport understands the deal for the Ivory Coast forward - currently on international duty at the African Nations Cup - has been settled with an official announcement expected in the early part of next week.

Bony has proved to be an inspired signing for the Swans since arriving from Dutch club Vitesse Arnhem in the summer of 2013.

He has scored nine Premier League goals already so far this season, having managed 17 in the league in the 2013-14 campaign.

Bony's agent Francis Kacou said last Wednesday that he expected "things will be sorted in the next few days".

The Ivorian topped the Premier League scoring charts for the calendar year of 2014 with 20 goals and Swansea manager Garry Monk said club chairman Huw Jenkins "is not stupid" in such matters and knows the full worth of Bony.

Monk said on Thursday that Bony's goals could prove the difference in the Premier League champions' title battle with Chelsea and that scoring pedigree comes at a price.

"I have spoken to the chairman of the club and the situation is ongoing, they are trying to agree fees but they are a little way apart from each other," Monk said.

"We have had those discussions about what he's worth but the chairman is not stupid either.

"The club have a good understanding of these matters and ultimately it depends on what the club feels in terms of how much a player is worth.

"I give my input but it's what the chairman and the board of directors decide is the right valuation and Huw has proven that in the past."

Asked if he felt Bony was worth more than Romelu Lukaku, who joined Everton from Chelsea in a £28million deal last summer, Monk said: "The money he went for and then compare the two contributions, it's pretty much a no-brainer.

"I've left the figure to the chairman and the board, but the club is very clear on what he is worth and I am sure they have looked at players who have moved for similar types of money and what their contributions have been at this level and in this league.

"I am sure Huw knows the figure he wants and he will wait for it - and quite rightly so because, whatever figure they have put on it, Bony is worth that, 100 per cent.

"He could be the difference in the title race, couldn't he? That's what City see in him.

"That's obviously why their interest is what it is because he's a goalscorer and gets you goals." 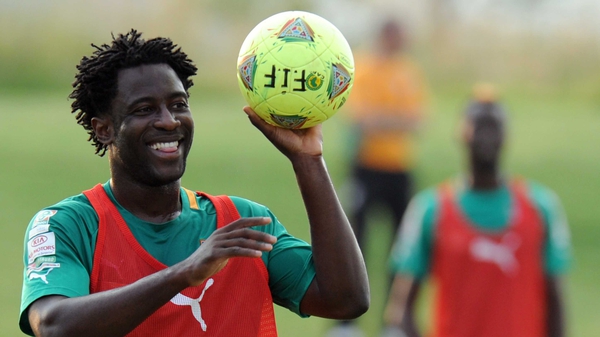