Sligo Rovers have swooped for goalkeeper Ryan Coulter as Owen Heary continues to make swift progress in building his squad at The Showgrounds.

Coulter was with Athlone Town for the latter part of last year’s SSE Airtricity Premier Division season, quickly claiming the position between the posts from Paul Skinner.

The 25-year-old impressed in his 15 games despite Athlone’s relegation on the final day.

He is pleased to be linking up with new boss Heary: “Coming to play here is a great opportunity for me. I spent some time training over in England with Championship clubs and when you look at the set-up here it’s just as good.

“As soon as I got the call from Owen it was something I wanted to follow through on and wasn’t going to turn down. I am really looking forward to playing now.

“I think Owen is going to be a great manager for the club. You can see that he has that commitment and hunger and wants success and once you have that it is half the battle. I know him well from his time playing and he is a real footballing guy who will be great to play for. He will understand how players feel and be able to relate to them and brings a wealth of experience to the job.

“My main ambition this year will be to establish myself as the number one. It’s a step up for me and I will be try to continually progress. I will look to do my best and make the keeper’s jersey my own. We will be hoping to have a solid successful season. The goal is to be competitive and to win trophies. And with the players we have brought in I definitely believe we will do that.”

Danny Ledwith has also extended his contract with Sligo. 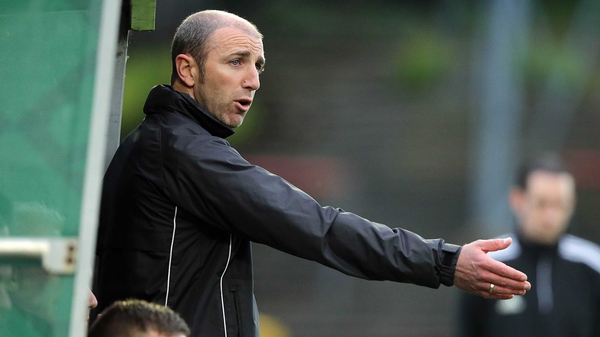