Owen Heary has been confirmed as the new manager of Sligo Rovers.

Heary takes over at the Showgrounds following a year and a half in charge of Bohemians.

The 38-year-old replaces Gavin Dykes, who was caretaker manager, and has signed a two-year contract.

Heary said: “I am very pleased to become manager of Sligo Rovers. I am looking forward to taking on the job. It’s going to be a tough job but it’s a challenge and that’s what I want.

“I will be looking to hit the ground running. I want to see the club improve on this year’s finish and get back up near the top of the table because that is where I want to be.

“My ambition for the club is to win trophies, qualify for European competition and challenge for league titles.

“As a person my ambition is to be challenging for the league year in, year out and Sligo Rovers gives me the opportunity to do that. They won the league a couple of years ago but I want to be doing that on a regular basis.”

Heary was appointed caretaker Bohemians manager in July 2013 when they were bottom of the table and guided them to safety with a 10th place finish. This season they finished seventh in the league.

A Sligo statement read: “The club would like to thank Gavin Dykes and Ciaran Kelly for their hard work, dedication and professionalism while taking interim charge of the team over recent weeks.”

And chairman Joe Burns added: “On behalf of Sligo Rovers I am delighted to welcome Owen to the Showgrounds and to be part of the Bit o’Red.

“Over the years we have all seen Owen play against us with a passion and determination which made him one of the outstanding full-backs in the league.

"In speaking to Owen over the last couple of weeks I have no doubt that he will bring these same qualities to our club in his role as manager.” 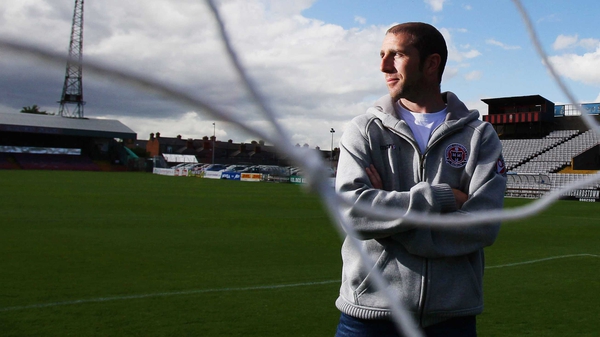 Owen Heary to stay on as Bohs' caretaker manager