Whether it be injury or for reasons of balance, Manchester United manager Louis van Gaal has warned striker Radamel Falcao could face a lengthy absence from his top-heavy side as they struggle to find a winning formula.

Colombia striker Falcao, who is earning £285,000 per week, according to media reports, has made five appearances, scoring once, since his season-long loan move to Old Trafford from Monaco on transfer deadline day.

The 28-year-old, who missed this year's World Cup with a serious knee ligament injury, will be absent from the United side for the third game in a row, as they host Crystal Palace in the Premier League, because of a calf problem .

Van Gaal had dropped Falcao prior to his injury in favour of using just one striker -- Robin Van Persie.

Now the Dutch coach, who has tinkered with formations so far this season but has decided to use one less attacker in recent weeks to counteract a leaky defence, says Falcao may sit on the bench even if he is fit to play.

"I cannot say when Falcao will be back. It depends on the progress on his injury. It's his calf," Van Gaal told reporters on Friday. "The problem for Falcao is because of balance in the game.

"I cannot judge now because he is injured and I changed him not because of his performance but because of the balance of the team, which is much more important than the individual."

"I have to decide which striker (to use). It's not his fault. With the other system I could play with two strikers, but then the balance wasn't good.

"We had difficulties in the last half-an-hour of games. That's why I have remodelled the structure," Van Gaal added.

"Since then we have less goals in our favour but also less goals conceded. We have also played against the better teams in the Premier League in that time (Chelsea and Manchester City) on an equal level, more or less." 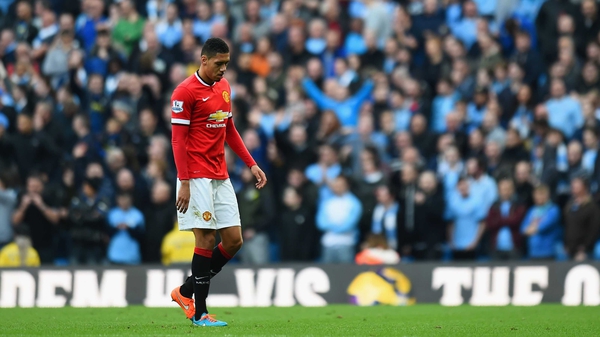