Manchester City manager Manuel Pellegrini believes his team can still win the Champions League this season, but first they need to win against CSKA Moscow tonight (kick off 7.45pm, live on RTÉ2).

The Premier League champions have again made an underwhelming start in the competition, collecting just two points from their opening three games in Group E.

That leaves them already seven behind group leaders Bayern Munich and facing a fight to get out of the group.

The Chilean said: "Of course our target is always to try to win the Champions League. We must put in our mind that we are able to do it, that we have a good squad.

"Maybe there are five or six squads better than our squad or at the same level as our squad that also want to do it, but with a winning mentality and an ambitious mind you must always think you can do it. I think we have time to prove it."

City will at least be aiming to improve on last season's effort when they reached the last 16 for the first time after two previous failures to get out of the group.

Pellegrini said: "This team are doing very well here in domestic games because in the last three years we won two Premier Leagues and one runner-up and won two cups also. So, you must add international games with the Champions League.

"Last year we did one stage more than the other years. I hope that this year we are going to continue improving."

City need to beat Russian champions CSKA at home to breathe some life into their campaign but Pellegrini is not treating it as if it is win or bust.

Anything less than victory would further complicate matters, and take City's destiny out their hands, but Bayern's dominance of the group thus far does suggest the battle for second spot will be close.

"I think it is a very important game but it is not a 'death' game because until mathematics can't fix (it), you can continue" - Manuel Pellegrini

Pellegrini said: "I think it is a very important game but it is not a 'death' game because until mathematics can't fix (it), you can continue.

"We must win this game because we have just two points and we have three games to play and it is very important to have more points. But we will consider it not a final game but a very, very important game."

With so much riding on the match, City cannot afford to be distracted by a certain amount of animosity which has developed between themselves and CSKA, dating back to allegations of racism directed at Yaya Toure by the club's fans last October.

The reverse fixture was played behind closed doors last month due to sanctions against the Russian club, but City later complained that a number of CSKA fans had gained access to the ground while their own were locked outside.

In Manchester, however, they will play in front of a sold-out Etihad Stadium after a 'buy one, get one free' offer helped shift tickets.

But, coach Leonid Slutsky does not expect his side to be intimidated.

Asked whether there was needle between the clubs, Slutsky said: "I don't think we should compare our two clubs. We are clubs of different levels. We have had three matches and one draw.

"I would say we are at different levels and there can't be that kind of struggle tomorrow." 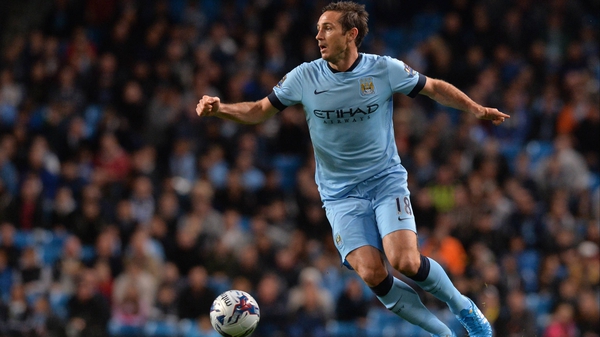 Lampard could feature for Man City against CSKA