Frank Lampard has indicated he could make his return from injury in Manchester City's Champions League clash with CSKA Moscow on Wednesday (live on RTÉ2).

The 36-year-old midfielder, who is on loan with the Sky Blues from their American sister outfit New York City, has been out of action for four games after he was forced off in last month's 4-1 Premier League win over Tottenham with a thigh problem.

Lampard told his club's official website www.mcfc.co.uk on Monday: "I'm not far off selection. Fingers crossed, if all goes well over the next couple of days, I'll be back in contention.

"I had a small injury in my thigh - an old injury I'd disturbed slightly.

"It wasn't as bad as I'd first feared but you have to be very careful with muscle injuries. That was the issue.

"I've been working very hard to get back because I was really enjoying playing at the time (I suffered the injury) and that was the bad thing about it."

Lampard has made a big impression at his new club since joining over the summer and already has four goals to his name.

With regard to the possibility of him staying beyond the originally-agreed length of his loan deal, the ex-Chelsea and England man said: "All I can say is how much I'm enjoying it at City.

"I'm contracted here until the end of December and my future will be at New York City at some stage.

"All I can do now is go week by week and play as well as I can when I am playing to bring a good contribution.

"I didn't know what to expect before I came here but the move has opened my eyes to a fantastic club with fantastic people behind the scenes and I'm just trying to enjoy every minute.

"It's a great opportunity - not many at 36 get the chance to come and play for a club like City. I love the training, living up here, the people at the club, the staff and the fans.

"When I left Chelsea, I thought I was going to be moving out of the Premier League and that was a different angle. That's all to come still but this is an absolutely brilliant time for me.

"What I will say is: for every minute I am here, I'll give it everything and we'll see how it goes." 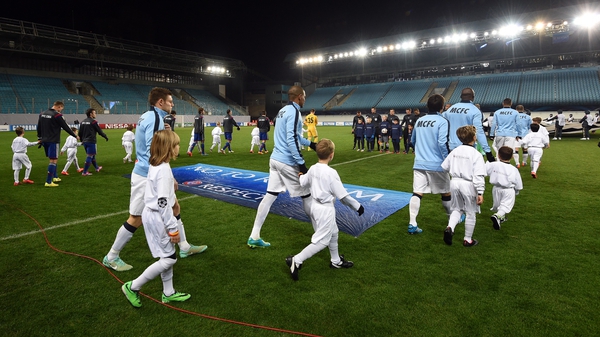