Juventus forward Carlos Tevez returns to Argentina's national squad after a three-year absence ahead of friendlies against Croatia and Portugal next month.

The former Manchester United and Manchester City striker has been out of the national squad since 2011 when he made an appearance in the Copa America quarter-final defeat to Uruguay.

The 30-year-old was never considered by ex-Argentina boss Alejandro Sabella despite his good club form, but new La Albiceleste coach Gerardo Martino has included him in his squad after his eight goals in 10 games for Juventus this season.

Like Tevez, both players were never in Sabella's thoughts, with Caballero yet to represent his country at senior level and Fazio having just two caps.

Spurs forward Erik Lamela is also included in the side to cap a week where he scored an outstanding 'rabona' goal in the Europa League against Asteras Tripoli.

Argentina will face Croatia on 11 November in London and meet Cristiano Ronaldo's Portugal in Manchester a week later. 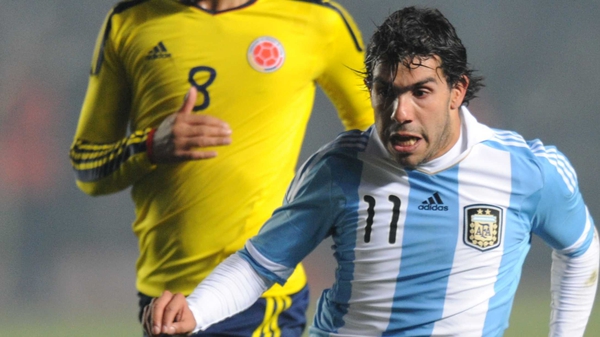