Carlos Tevez holds out no hope of being part of Argentina's World Cup squad and prefers not to watch their matches on television, the Juventus striker said.

The 29-year-old, who has been in fine scoring form with ten Serie A goals for Juve so far this season, has been overlooked since Alejandro Sabella became Argentina coach in August 2011.

"If Sabella hasn't called me up, I'm not going to phone him to find out why he doesn't pick me," Tevez told Argentina's La Red radio station.

"Sabella must not be asked to call me up... Let him work in peace because it's not easy for Sabella not to call me. I know there's a lot of pressure especially from fans."

"I know there's a lot of pressure especially from fans"

"I have no problems with the group and I get on great with Messi. I don't lose sleep over the World Cup. I don't think I will watch it because it hurts me to see the national team, it's bad for me," he said.

Some media pundits say Tevez, who last played for Argentina in the 2011 Copa America quarter-final defeat by Uruguay, may not fit into Sabella's tactical plans while others argue that he might disrupt the squad's harmony.

Tevez was part of the Argentina teams that reached the quarter-finals of the last two World Cups in Germany in 2006 and South Africa in 2010.

Argentina, winners in 1978 and 1986, are in Group F with  Bosnia, Iran and Nigeria at next year's finals in Brazil which kick off on 12 June.

Meanwhile, Lionel Messi has recovered fully from his thigh muscle injury and can begin work on his fitness although no date has yet been set for his return to action, the Argentine Football Association said. 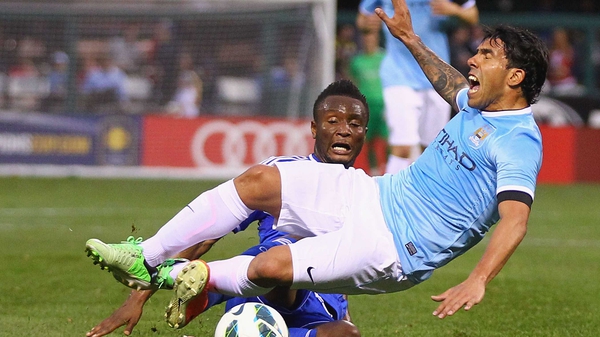