Louis van Gaal insists Manchester United can still close the gap to Chelsea at the top of the Premier League.

United drew 2-2 at West Brom on Monday to drop more points as they try to catch Jose Mourinho's leaders, who they host on Sunday.

Marouane Fellaini scored his first United goal to make it 1-1 but the draw left United ten points behind Chelsea yet Van Gaal believes they can catch them.

He said: "That's possible but difficult to say because then I am arrogant. But I have done it a lot of times.

"It is two points lost. I think we were the better team and I am very disappointed by the result. We were two times behind but I don't think West Bromwich Albion created too many chances.

"We gave the two goals away and we created four chances in the first half and seven in the second. We dominated the game.

"That's what I want as a coach and as a manager but the manager doesn't want a result like 2-2.

"I have said to my players I cannot be happy. I am happy about our play style but not the result."

"Fellaini has now taken his tracksuit off, fortunately he has a Man Utd strip on underneath," they tweeted as he prepared to come on as a half-time substitute.

Albion insist it was taken out of context as it was meant to show relief he was not naked but it was still retweeted 16,000 times.

Fellaini has now taken his tracksuit off, fortunately he has a Man Utd strip on underneath #WBAMUN

The Baggies were good value for the point though and had taken the lead through Stephane Sessegnon's fine eighth-minute effort.

The result lifted them to 14th in the table but head coach Alan Irvine revealed his frustration.

"We're all bitterly disappointed. We were so close to getting a great result against a top team and for us not to get three points feels really tough in this moment," he said.

"The players were terrific all the way through, they worked really hard when we didn't have the ball and passed the ball really well. We got two great goals and we've led twice and I felt quite comfortable on both occasions we had the lead."

"He is in great form. He deserves what he is getting, his application has been really top class. He's behaving like a top professional day after day," he said.

"If he scores goals every week then he has a great chance (of a senior call) but Roy [Hodgson] will decide when is the right time for him."

Albion later wrote a further tweet to say they had meant no offence by their earlier reference to Fellaini.

"Sorry if a joke about a footballer not having a shirt on under his tracksuit top has caused such outrage. It was not intended as a slur" the tweet read.

Sorry if a joke about a footballer not having a shirt on under his tracksuit top has caused such outrage. It was not intended as a slur 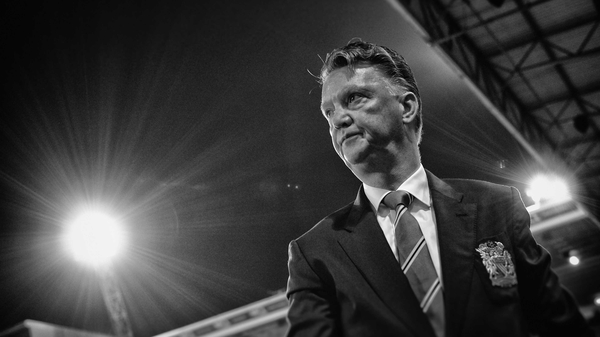 Kenny Cunningham fears for Manchester United ahead of Chelsea tie