Germany coach Joachim Loew says he has prepared his young defenders for the threats of Ireland's wingers.

The world champions beat Scotland in their opening tie, 2-1, but were stretched by the Scots, especially by goal scoring winger Ikechi Anya.

Antonio Rüdiger, 21, and Erik Durm, 22, who have seven caps between them, both played in the 2-0 loss to Poland in Warsaw on Saturday and Loew was asked if he was worried about Ireland’s wingers, Aiden McGeady and James McClean.

Loew told RTÉ Sport: “Of course we prepare them. McClean is very strong, he [has a] really good left peg. And McGeady too. [Robbie] Keane, he is experienced but he is always scoring his goals, he is clever. Of course we will prepare them.

“We have young players, Rüdiger and Durm, they have not too much experience in the national team but we are working with them and we are trying to prepare them for McGeady or for McClean."

Loew's men surrendered a 33-game unbeaten running in qualifiers after their loss in Warsaw, a result which followed a friendly loss to Argentina and a narrow Group D victory over Scotland.

But while the coach insists the weight of success is not a burden for his team, he admits the label does serve to inspire whoever they come up against.

Loew said: "The difficulties we are experiencing at the moment are of a type that we have experienced many times before. But generally speaking, I don't think the position now is any more difficult than it's always been.

"We used to be the hunter; now we are the prey. We know that teams like Scotland will play with incredible motivation against us - but that was true even after [the World Cup in] 2010 and [Euro] 2012.

"We know the situation, we know how to get by it, but it's no different now than it used to be."

Loew said: "If you ask me what is the mood like now, fury is the wrong word, anger is the wrong word. But what you can feel is some kind of determination, that we really badly want these three points against Ireland.

"But there is no incredible disappointment in the team. That would be wrong to say.

"We have seen both the Irish games and have analysed them, and we can expect some sort of copy of Poland. There's nothing new to us. The Irish are good fighters, they have commitment and fantastic fighting spirit, and they know how to defend.

Meanwhile, Ireland boss Martin O'Neill has revealed that striker Daryl Murphy and defender Brian Lenihan did not travel with the squad.

Live coverage of Germany v Ireland from 7pm on Tuesday on RTÉ2, RTÉ Player and 2fm. 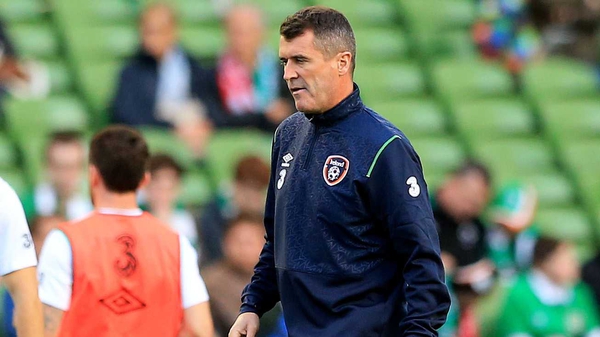