A late equaliser from Eamon Zayed earned Sligo Rovers a point to frustrate Bohemians, who finished with ten men, at Dalymount Park.

Man-of-the-match Steven Beattie looked like he had capped his and Bohemians’ night when putting them in front on 58 minutes.

Keith Buckley played the winger in on goal and Beattie did the rest, holding off a defender before finding the net with a left-foot drive.

But Zayed struck on 81 minutes when heading substitute Ruairi Keating’s cross to the net off the underside of the crossbar.

The visitors had taken the lead early through Paul O'Conor but Dinny Corcoran levelled within five minutes.

Bohemians then had captain Aidan Price shown a straight red card in the third minute of stoppage time for hauling down Danny North.

Gary Armstrong swept the ball out wide right for Raffaele Cretaro to whip a low cross to the far post where North really ought to have done better than shoot into the side netting.

Cretaro and North had further chances before Sligo deservedly took the lead on 24 minutes.

O’Conor clinically punished a mistake by Anto Murphy when working a one-two with Zayed, before taking it on and shooting confidently past Dean Delany for a fine goal.

Strike partner Jason Byrne blew a chance to put Bohemians in front when missing a sitter four minutes into the second half, somehow shaving the crossbar from just yards out from Beattie’s excellent cross in from the right. 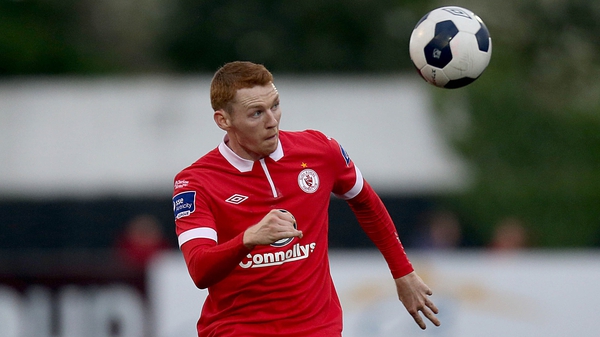