And he insists team doctors are best placed to assess their own players despite undoubted performance pressures.

Courtois was substituted in the first half of last Sunday's Premier League match with Arsenal, but only after playing on for 13 minutes after sustaining a head knock in a challenge with Gunners forward Alexis Sanchez.

"In the case of Chelsea, I think sincerely that the team doctor did a correct examination," D'Hooghe said at the Leaders in Sport conference in London.

"She [Chelsea doctor Eva Carneiro] came to a conclusion that he could go on, but she kept an eye on him and from the moment he didn't feel well - and that can happen in the case of concussion - they took again the right decision to take him off."

"It is the team doctor who has the medical responsibility over his players. He is the only medical person who knows his players" - Michel D'Hooghe

D'Hooghe insists team doctors must assess their own players and that the Hippocratic Oath means they should not compromise their ethics and morals to benefit the team they are employed by.

"A team doctor can be under pressure of the coach, the whole stadium," D'Hooghe said.

"[But] it is only the team doctor who knows very well the normal behaviour of his [or her] player.

"If he has had a concussion his normal behaviour can change. That, a neutral doctor can never judge.

"It is the team doctor who has the medical responsibility over his players. He is the only medical person who knows his players.

"But he can ask for assistance. It would, for instance, be good if someone else looked at the television images of how precisely an accident occurred."

FIFA has amended regulations over head injuries to form rules in its competitions to stop the game for three minutes to allow a team doctor to examine a player.

If more time is needed for a complete neurological decision the player should be replaced.

FIFA, football's world governing body, cannot demand full-scale rule changes - that is the role of the International Football Association Board - but D'Hooghe hopes the regulation is adopted throughout the game.

"We have now imposed that rule for our international competitions," D'Hooghe added.

"I would be very grateful if this would go down to the 209 associations of FIFA.

"I think it will be the case in many, many countries. I am behind that proposal. We must do our very best for the health of the player."

The symptoms of many injuries, including concussion, are not always immediately clear and the introduction of rolling substitutions could take the pressure off medical staff to make snap judgements.

"It is not only a problem for concussion but for in all cases of injuries that have to be treated," D'Hooghe said.

"For the moment FIFA don't accept rolling substitutions but it is certainly a discussion point for FIFA in the future - if a player has to have more air but could eventually come back.

"There are pros and cons to that. If you allow the player to sit on the bench for 15 minutes and come back to the field without a warm-up his risk of muscle injuries are greater for example.

"There are of course positive arguments too - the decision at the moment is not to allow them but who knows in the future?" 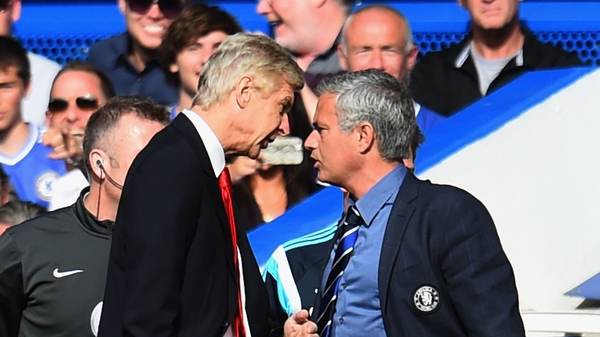