Athlone Town’s never-say-die attitude was evident after their 1-1 Premier Division draw with Derry City at the Brandywell.

The bottom side, who saw Derek Doyle’s opening goal cancelled out by Rory Patterson’s strike, put on a tremendous defensive display, with skipper Alan Byrne, in particular, producing a man of the match display.

Town took the lead on 10 minutes after some poor play by Philip Lowry resulted in the midfielder gifting possession to Doyle, who calmly tucked the ball home off Gerard Doherty’s right-hand post.

Moments later from a Stephen Dooley corner, Lowry out-jumped Athlone goalkeeper Ryan Coulter, but his header was cleared off the line by Derek Prendergast.

Just after the mid-way point of the half another cross into the visitors' penalty box, this time by Michael Duffy, ended with Dooley’s header being easily saved by Coulter.

Derry did equalise on 29 minutes when Patterson made no mistake drilling the ball home from just inside the Athlone penalty box.

Derry were inches away from taking the lead on 66 minutes but Patterson’s volley, which bounced into the ground, landed on top of Coulter’s goal.

Soon after, Patterson went close to scoring twice in quick succession but his first shot was saved by Coulter and the follow-up shot also from close range, came back off the post, before Prendergast cleared the loose ball.

Seven minutes from time a neat lay-off to Michael Duffy, but the unmarked winger saw his side-footed shot from 20 yards, clip the outside of Coulter’s right-hand post.

Duffy should have won the game for the Brandywell men but with only Coulter to beat, the winger fired wide when well-placed inside the Town six yard box. 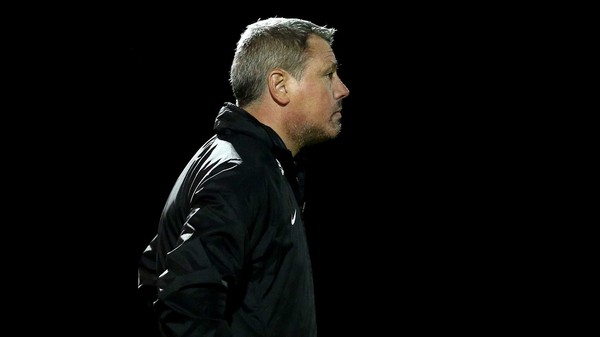