Hull owner Assem Allam claims he will give the club away for nothing if he cannot sell it or win an appeal over his controversial 'Tigers' rebrand.

The outspoken Egyptian made a rare appearance in front of the media on Thursday to address growing speculation over his future and made a number of revelations.

First he announced that the club had been on the market since 10 April - less than a day after the Football Association Council rejected his proposal to rename the team Hull Tigers.

Secondly, the 75-year-old confirmed he had taken the matter to the Court of Arbitration for Sport and hoped to have the verdict overturned.

Then, midway through a dizzying 45-minute press conference littered with obscure metaphors and non-sequiturs, he was asked what he would do if he could not find a buyer or persuade CAS to back his name change.

"Give it away," said the man who took the club from the brink of financial oblivion in 2010 and has since sunk at least £70million of his own money into the project.

"Out means I'm out. Have I ever said something and gone back on it?

"I am a man of principles. Money doesn't come into it."

Allam's preference is clearly to remain at the helm, with lofty talk of taking the club into the Champions League places, but his hard-line stance means he looks certain to depart if he continues to be barred from adopting the Tigers name that has enraged sections of the club's support.

"We stated earlier this year that the club would be for sale if our attempt to globally promote Hull Tigers as a brand name and playing name be blocked," he said in a prepared statement.

"As a consequence of the FA's decision on April 9 I announced on April 10 that Hull City is for sale.

"This announcement is in accordance with my decision 10 months ago that I would walk away within 24 hours (if the rebrand was unsuccessful).

"We have also begun the appeal against the FA decision via arbitration and we are hopeful of a positive outcome or that the FA reconsider their decision.

"Until the conclusion of that appeal or the sale, whichever comes first, we will remain fully committed to the club."

Allam believes marketing the club as Hull Tigers, rather than the historic Hull City AFC, will bring in foreign investment to make it self-sustaining.

"There was a sponsor for the shirt (this summer), no names mentioned," he said.

"We had an offer in writing from the Far East for an amount. The day the FA said no, they withdrew the offer. We found an alternative, £1m a year less.

"At the moment, because we have no other income, I pay, as evidence of my commitment to the local community but there is a limit and I have gone past that limit." 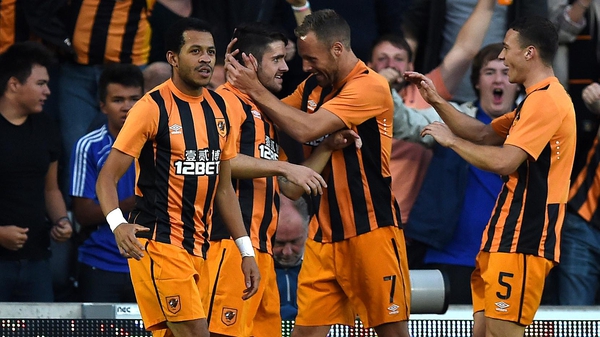