Louis van Gaal has admitted that a single point from his first two Premier League games as Manchester United manager is simply not good enough after his side were held at Sunderland.

United took the lead at the Stadium of Light, but were pegged back by the Black Cats, who fully deserved a share of the spoils in a 1-1 draw.

Van Gaal, whose first league game in charge ended in a 2-1 home defeat by Swansea, will now return to the training pitch and hope for progress on the transfer front - he refused to comment on reports that the club has agreed a £63.9million deal with Real Madrid for Angel di Maria - as he attempts to get their season up and running.

He said: "You can never say how long it takes because when you win the next match, the confidence comes back. But we have to work a lot.

"The players are very disappointed after the game because we thought we would win.

"But still we have one point and that is not good enough for Manchester United."

Juan Mata fired the visitors into a 17th-minute lead at a time when Sunderland were threatening on a sustained basis.

However, defensive frailty proved their undoing as Jack Rodwell was allowed to head the home side level on the half-hour from a Sebastian Larsson corner.

"We have one point and that is not good enough for Manchester United." - Louis van Gaal

United dominated the latter stages, but could not find a winner, although Van Gaal insisted they might have been awarded a penalty after first Robin van Persie then Ashley Young went down in the box, the latter earning a yellow card for his pains.

Asked about Young's booking, the Dutchman said: "I have said that he has been touched by the opponent in the 16m area and when it is like that there are referees who are whistling because you cannot touch players in that area because it is a risk.

"The referee wasn't whistling and nor was he for the tackle on Van Persie. I have seen the images since and I saw that Van Persie was already falling a little bit, but nevertheless the opponent takes the risk and it was a tackle on his ankle.

"Normally it is a penalty. There are referees giving those penalties and those who don't."

Opposite number Gus Poyet had some sympathy for Young and was relieved not to have conceded a spot-kick.

He said: "It was tough on Ashley. The only problem with Ashley is his reputation. Before he even went for that ball, everybody was expecting him to jump, but that reputation is unfortunate.

"It was one of those. It was a difficult 50-50 and the outcome was only because of what has happened in the past and it's not fair on him. I don't like it."

Poyet was understandably pleased with his side's performance on an afternoon when summer signing Will Buckley shone in his first start for the club.

The Uruguayan said: "I am so pleased that he had a very good first half because now everybody knows why I was so consistent in asking the club to bring him.

"It took us seven and a half months - we got him here and now everybody knows why, because he is electric, because he's direct, because he brings the stands into a different feeling, the atmosphere.

"But he showed why he is here and that makes me very happy."
Meanwhile, Poyet refused to comment on reports that former Chelsea frontman Salomon Kalou is a target during the remaining days of the transfer window. 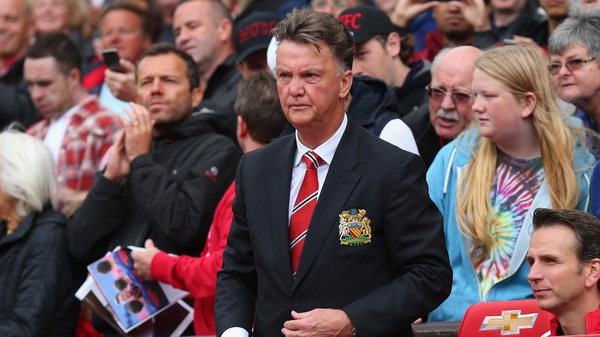