Louis van Gaal has conceded it would take a miracle for Manchester United to win the Premier League this season.

After finishing seventh last year, United opened their campaign optimistic that Dutch master-tactician van Gaal could oversee a return to the upper echelons of the Premier League table.

However that optimism was punctured by a shock 2-1 loss against Swansea City at Old Trafford last Saturday - their first home league loss to the Welsh club.

It was also their first opening-day loss at home since 1972 and was enough to convince van Gaal that a successful title challenge would be unlikely.

"Would it be a miracle to win the league this season? I think so but it is also possible, always possible but it would be very difficult," van Gaal, whose side travel to Sunderland face today at 4pm, said.

"It is possible to win a title in the first year but it is very difficult.

"I think [the Manchester United owners] understand [the size of the task] or I would not have accepted the job.

"I have discussed everything, long discussions where I have shown myself as I am always open.

"It is why we discussed three years and not one year. We discussed the consequences of them hiring me. I told them from my experiences with my former clubs the start was difficult."

"We don't have defenders"

Van Gaal won the title in his first season at both Barcelona and Bayern Munich but thinks his current squad lacks balance to do the same.

The 63-year-old has a wealth of attacking talent at his disposal but lacks the defensive strength-in-depth to challenge Manchester City, Chelsea, Liverpool and Arsenal.

"When I took over from Bobby Robson at Barcelona he had won three titles so the selection of players was stable at the time.

"When I got to Bayern Munich the selection was not stable. What we did was a miracle.

"The problem I have at United is this selection is not in balance. There are five number nines and six number 10s and so on. And we don't have defenders." 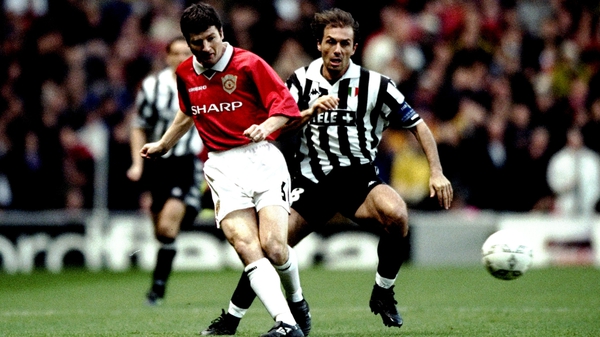