Petr Cech is determined to fight for his place as his decade-long reign as Chelsea's preferred goalkeeper comes under threat for the first time.

Courtois has been described by Blues boss Jose Mourinho as the "best young goalkeeper in the world".

The 22-year-old was outstanding last season when he helped Atletico win the Spanish league title and reach the Champions League final, eliminating Chelsea at the semi-final stage in the process.

Cech has accepted the challenge by telling Mourinho he is ready to prove he should still be first choice.

"I always give my best. That's all I can do," Cech told reporters on the club's pre-season tour of Austria.

"I will do my best and I will do everything I can to be as ready as possible for when the season starts.

"Jose Mourinho will make the choice how his team is going to look for the first game.

"It's up to us players to show that we are ready to play and make him pick us. I'm not different, I'm doing everything to make him pick me.

"I don't want to be on the bench and as I said I will do everything not to be.

"I don't want to talk about ifs or buts though, let's see. I'm going day by day and we will see what is going to happen.

"All I have in my control is my performance on the pitch and the way I prepare. Anything else is not in my hands."

Cech made his first appearance since dislocating his shoulder in April when Chelsea were held to a 1-1 draw with WAC in Austria.

"It was great to be back. I'm further ahead than what we thought it might have been which is another positive thing," Cech said.

"The third positive thing is that I felt like I never stopped.

"When you play your first pre-season game you get used to the space again and the pace of the game but I felt fit." 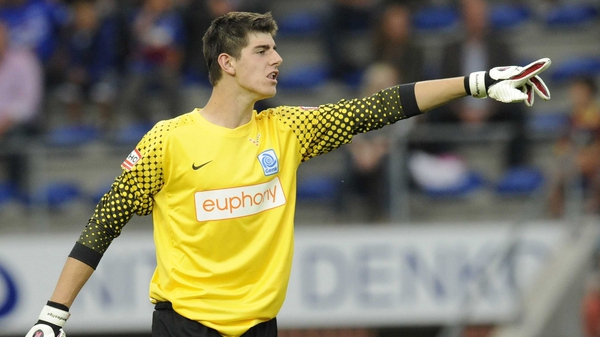