Jose Mourinho has "deep respect" for new Manchester United manager Louis van Gaal - but the Chelsea boss is not concerned about their impending rivalry.

The pair worked together for three years at Barcelona but will go head-to-head this season, with Van Gaal having taken the reins at Old Trafford following a successful World Cup with Holland.

He has also won titles in Spain, Holland and Germany with Barca, Ajax and Bayern Munich and said at his introductory press conference that he is aiming to add England to that list.

Mourinho - whose Inter Milan side beat Van Gaal's Bayern in the 2010 Champions League final - and Chelsea will be among the main rivals standing in his way.

And the Portuguese told the Mail on Sunday: "I'm not worried about him being here. I look forward to playing against United. Nothing worries me."

Mourinho said Van Gaal would be good for United, and suggested he was still improving at this stage in his career.

"I watched him at his press conference and he was pure Van Gaal - honest and open, the way he always is.

"He is a very, very good coach, he'll be great for Manchester United.

"We are both great coaches. It's what we were born to do.

"I look forward to playing against United. Nothing worries me" - Jose Mourinho

"Louis was the best coach in the World Cup and he is a good friend - really, a friend for life. I have deep respect for this man.

"He is in the best period of his career. With coaching, if you deal with winning and losing in the right way, you improve. He analyses every experience. He has got better and better."

Van Gaal begins his Premier League career against Swansea on 16 August, two days before Chelsea open their campaign against Burnley. 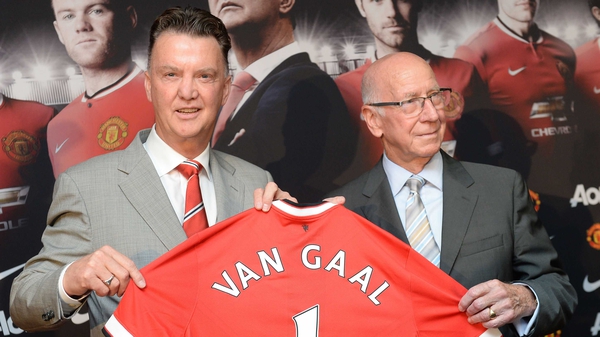