Republic of Ireland captain Robbie Keane was on target for LA Galaxy as they beat New England Revolution 5-1 in the MLS.

Keane, 34, opened the scoring with a curling effort from outside the box after 10 minutes and added his second, and Galaxy’s fifth, with 12 minutes to play.

The goals put an end to a mini-drought for the 134-cap Ireland player who had failed to score in his last five club games.

Martin O'Neill's Ireland open their qualification campaign away to Georgia on 7 September. 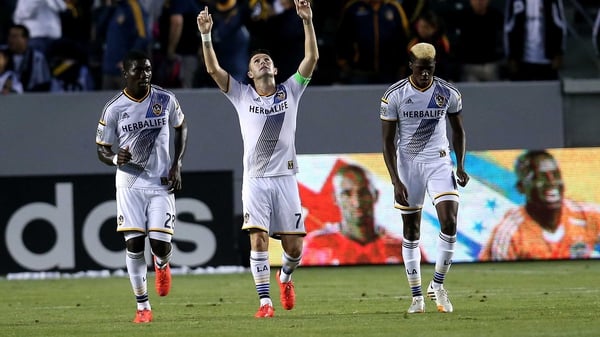