Ireland captain Robbie Keane scored a stunning goal for LA Galaxy as they claimed a 2-1 win at home to Dallas.

The former Spurs player found the top corner of the goal from outside the box to put the California team 1-0 up in the first half. The result moves Galaxy up to sixth place in the Western Conference.

Keane, who now has six goals in nine games, said: “It was a good goal obviously it was nice to get the first goal…seems like we haven’t done it for a while so it was important for us to get that first goal.”

Keane was included in Martin O’Neill’s squad for the upcoming Republic of Ireland friendlies but will only meet up with the panel for the American leg, which sees games against Costa Rica and Portugal. 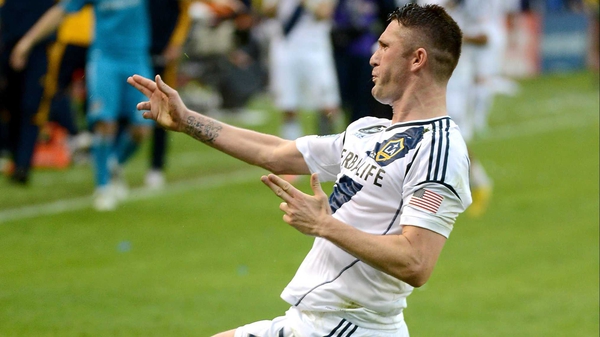