Improving Limerick FC eked out a third SSE Airtricity League victory on the trot when defeating UCD 2-1 at Thomond Park.

Limerick controlled affairs, but had to wait until the 48th minute before scoring again courtesy of skipper Shane Duggan.

UCD trimmed the deficit in the 59th minute when Samir Belhout struck a crisp shot from the inside the area, but they could not ultimately level matters.

Limerick, poor when losing in the FAI Ford Cup to Bohemians last Saturday, got off to a dream start.

Danny Galbraith and Rory Gaffney were involved in releasing Shaun Kelly on the right and his precise cross found McManus, who headed the Blues in front.

Gaffney, Duggan, and Galbraith drilled efforts over as Limerick continued to probe against the stunned Students.

UCD defender Ian Ryan did well to prevent a McManus drive rattling the net, while from the resultant corner Stephen Folan was unable to supply the requisite touch to Agyemang's cross.

In the 21st minute Agyemang, excellent for Limerick, released Gaffney, who was thwarted by a Conor O'Donnell save.

The UCD goalkeeper was extremely busy as Limerick continued to rule the first half as Gaffney and Hughes forced further stops from O'Donnell.

Duggan scuffed another Galbraith assist inches wide, but UCD responded and were back in the reckoning in the 59th minute.

Belhout, who was willing throughout, was crafty enough to ruthlessly punish a momentary lapse in Limerick concentration.

UCD battled until the bitter end, but Limerick, with Agyemang effective, held out for a crucial success in the south west. 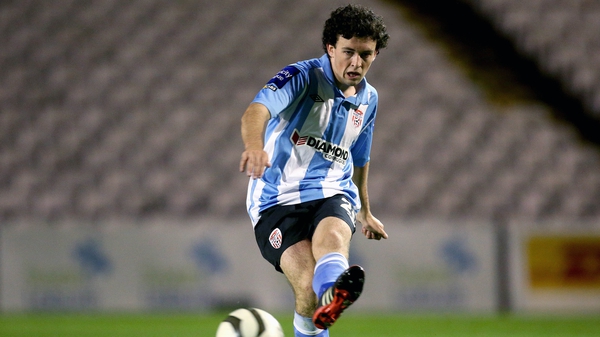 FAI Cup: Derry, Bohemians and Shamrock Rovers advance to the next round