Manager Felix Magath laid the blame for relegation at the feet of Fulham's players for a lack of fighting spirit.

Cottagers fans expressed theories ranging from a lurch through three different bosses to the unwillingness of new owner Shahid Khan to splash the cash.

But Khan's flamboyant predecessor Mohamed Al Fayed is convinced he knows the real reason why Fulham's 14-year stay in the Barclays Premier League came to an end last Saturday.

Al Fayed told Press Association Sport he believes the Cottagers would still be in the top flight if Khan had not made the 'Bad' decision to have the 7ft 6ins sculpture of Michael Jackson removed from outside Craven Cottage last November.

Al Fayed was speaking as he formally presented the statue of the late singer to the National Football Museum in Manchester, where it will stand proudly on a first-floor mezzanine.

He said: "This statue was a charm and we removed the luck from the club and now we have to pay the price.

"When (Khan) asked me to move it I said, 'you must be crazy'. This is such a fantastic statue which the fans are crying out for.

"But now he has paid the price because the club has been relegated. He called me because he told me he wanted Michael to return. I told him, no way."

The much-mocked statue was commissioned by Al Fayed and installed at the back of the Hammersmith Stand in 2011.

Al Fayed was a friend of Jackson and the singer even paid a visit to Craven Cottage when he attended a match between Fulham and Wigan in 1999.

But following Al Fayed's decision to sell the club to Indian tycoon Khan, he was told it was surplus to requirements and would have to be removed.

Speaking about its presentation to the National Football Museum, Al Fayed added: "This is a great place visited by thousands of people and I am very proud to present them with one of the greatest artists and singers in the world.

"Michael is a fantastic example for everyone. He came from nowhere and showed fantastic determination to be a superstar and I am very glad that he is now in this great institution for people to enjoy." 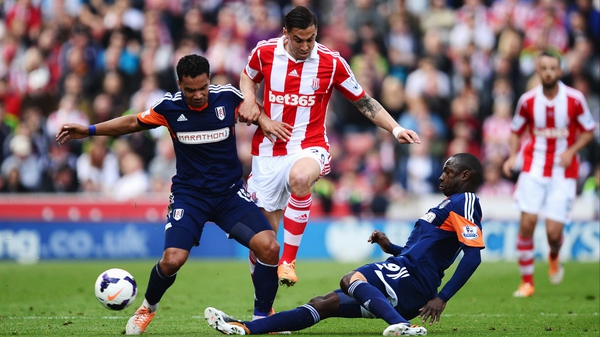