Full-back Leighton Baines believes Everton will embrace the growing expectation surrounding the club and lay down a significant marker in their history.

A comprehensive 3-0 victory over Arsenal on Sunday took them to within a point of the fourth-placed Gunners with a match in hand and significantly raised their prospects of qualifying for the Champions League for only the second time.

Having already beaten Manchester United, Chelsea and Arsenal this season, Everton's position in the hierarchy is moving to a place where regular victories over the Premier League's so-called big sides are no longer classed as a surprise.

"It is a big win," said Baines. "We knew that if we hadn't won it was going to be a tough uphill battle to finish higher in the league but we have now worked ourselves into a position where it is in our own hands with the game in hand.

"You could see from the performance and effort level how much we wanted to win.

"We are perfectly comfortable being underdogs or having the expectation - it is probably nice to have that little bit of expectation to drive us on.

"We are aware of the task in hand and we have some tough games to play but they are here at Goodison where our form has been exceptional and we will have confidence going into those games.

"We have a few games left to try to push on and the fact we are in this position is great for us."

Entry into Europe's elite would be a major step for Everton, both on and off the field, as in addition to the financial rewards it brings it also elevates the club to a new level in terms of potential transfer targets.

But the players have to remain focused as the Toffees will have to extend their club record-equalling run of six successive league wins much further to gatecrash the top four.

"We have a game in hand (at home to Crystal Palace) coming up and until we get to that point where we have played the same amount of games and have worked ourselves above Arsenal then it probably still feels like we are playing catch-up," added Baines.

"It is hard because you don't want to get ahead of yourself and start thinking about the Champions League too much but we all know what it means to any club, particularly one who hasn't been competing in those circles for a long time.

"It would mean great things but we don't want to get too far ahead of ourselves at this point.

"You look at the top four and it changes. Liverpool have worked themselves into that bracket and United are not quite there at the moment but they will come back stronger.

"We will try to work our way in among that pack if we can but it has always been difficult because we haven't always had the funds to go and spend but if we could get into a competition like the Champions League then it would help in that aspect.

"It raises the bar a little bit and makes the club more appealing to potential signings and gives the manager, the chairman and the board a little more scope financially to push themselves in the market more.

"There are a lot of things that qualifying for a competition like that can do but there is still a lot of work to be done for us to get there." 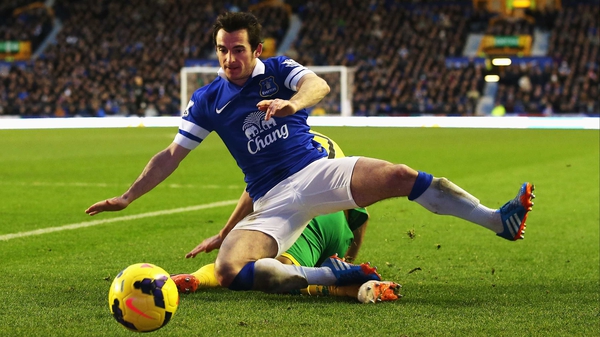