Martinez revealed that the Kirkby-born full-back has committed himself to Everton at a press conference on Monday.

"We're delighted Leighton has signed for the next four years," Martinez said.

"It gives us a great boost internally and also for the fans."

The England defender, 29, had been a reported target of former Toffees boss David Moyes who is looking to bolster his Manchester United side.

Moyes twice tried to sign Baines last summer and was believed to still be interested in bringing his former player to Old Trafford.

Baines joined Everton from Wigan in 2007 in a deal worth #6million after rejecting a move to Sunderland.

The defender had 18 months left on his contract at Goodison Park, and Martinez has moved to ensure one of his prized players will not depart during this transfer window by securing his long-term future at the club. 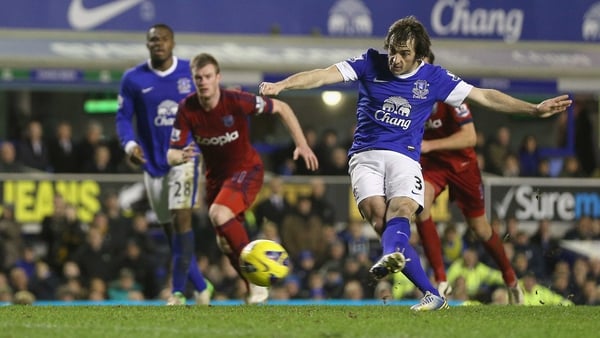