After impressive results against New Zealand and South Korea the Irish go into Monday’s game knowing that victory will guarantee them second place in Group Three and, if the result of the other game goes their way, could even see them top the group.

That would be an amazing achievement considering the other three teams are all ranked much higher than Ireland in the FIFA World Rankings.

Perry, who recently signed for Millwall from home club Brighton, believes that Sue Ronan’s team is starting to  blossom and the results over the past year show that.

The side is currently on a run of just one defeat in ten games and are unbeaten in their last six during which they have also managed to find the net in each of those games.

“I think it has been a really positive trip so far,” said the 27-year-old.

“We thought New Zealand were going to be very tough but we proved to ourselves we are coming on and can compete with teams like that.

"It was the same with South Korea. We are proving to ourselves and other people that we can compete with those types of teams.”

Switzerland played New Zealand immediately after Ireland’s 1-1 draw with South Korea on Friday so the players got an opportunity to watch Monday’s opponents in action and see what they face when they meet a team that is 11 places above them in the FIFA World Rankings.

“They looked good going forward. We have been solid defensively so it will be interesting to see how they are going to try to break us down. We’ve done well this year and last year we finished top of the group so we have put ourselves in position to do that again and hopefully we can do well on Monday.”

Perry played left back against New Zealand and South Korea and says she is happiest there even though she has also been used on the other flank at times during her 15 previous appearances for Ireland.

“I enjoy playing left back. I play there for my club. I am naturally right footed but I can play on the left or right. I see myself more as an attacking full back because I can get down the line and cross and also get some goals,” she said.

She has come close to finding the net in both games at the Cyprus Cup and, while she was thwarted by a brilliant save from the New Zealand keeper on Wednesday, she feels she was denied a goal on Friday against the South Koreans.

“It should have been a goal. It was from a corner and looked like it went over the line. I’m not sure it did but others have said it did. Hopefully next time I’ll get a goal.”

The Irish squad had a light day today with just a recovery session in the morning and focused on resting ahead of two more games in two days. 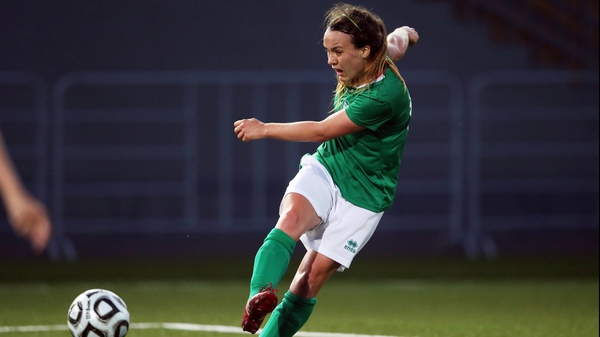