Two second-half goals saw Serbia come from behind at the Aviva Stadium to give Martin O'Neill his first defeat as Republic of Ireland manager.

Shane Long put Ireland ahead inside the first 10 minutes when he punished a mistake by Serbian captain Branislav Ivanovic.

Ireland failed to add to their tally in the first half, despite a number of chances.

An own goal from James McCarthy gave Serbia a deserved equaliser moments after the restart.

Filip Dordevic grabbed the winner for the visitors on the hour mark after Seamus Coleman was caught in possession.

Martin O’Neill had called for a positive approach from his players and they looked sharp in the opening stages, particularly Wes Hoolahan.

However, a number of communication mix-ups and some less than assured defending were signs of the little preparation time O’Neill and Roy Keane had had with the players.

Some of the attacking play from the home side was a joy to watch, but defensive frailties still exist.

There is work to be done in that area before the Euro 2016 qualifiers get under way in September, even if John O'Shea and Richard Dunne return.

O’Neill had been coy about his team selection in the build-up, but his hint that O’Shea would not start proved to be true on the night.

Richard Keogh and Marc Wilson were given a chance to impress in the centre of defence, with Stephen Ward returning at left-back.

Otherwise, the team was as expected with the impressive Hoolahan lining up behind Long, and Aiden McGeady and James McClean claiming the wide slots. Glenn Whelan took over the captain’s armband. 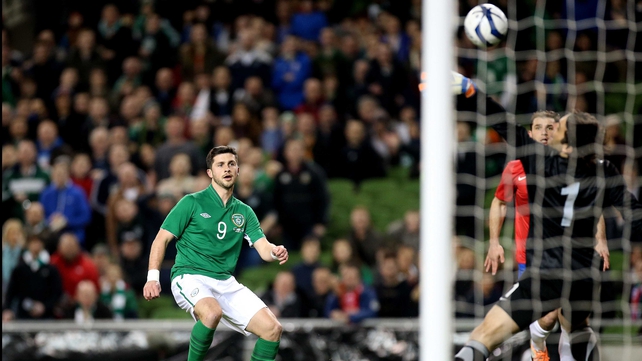 Ireland should have led as early as the second minute when Hoolahan had a goal wrongly ruled out for offside.

He was adjudged to be in an offside position when he flicked in Whelan’s volley, but replays showed he was kept on by Dusan Basta.

It was only a temporary reprieve for the visitors as Long (above) punished awful defending from Ivanovic to put Ireland ahead on eight minutes.

The Hull striker chased down Marc Wilson’s punt upfield and was in the right position to snap up Ivanovic’s underhit back pass and clip the ball over Vladimir Stojkovic.

Serbia are a competent international outfit and they created several chances by passing their way back into the game.

Ireland ‘keeper David Forde was called on to keep out a header from Milan Bisevac and low strike from Lazar Markovic.

Ivanovic almost atoned for his early error when he rose highest in the box to head goalward from a corner. Forde was beaten and needed McCarthy to head the ball off the line.

Long spurned a chance to double the lead on the half hour as raced on to Hoolahan’s defence-splitting ball.

Long’s finishing did not match up to his superb curved run and Stojkovic kept out his initial effort and the tame rebound.

As the half came to a close, Forde almost was almost caught out by Dusan Tadic’s curling cross-cum-shot. The keeper recovered in time to push the ball over the ball. 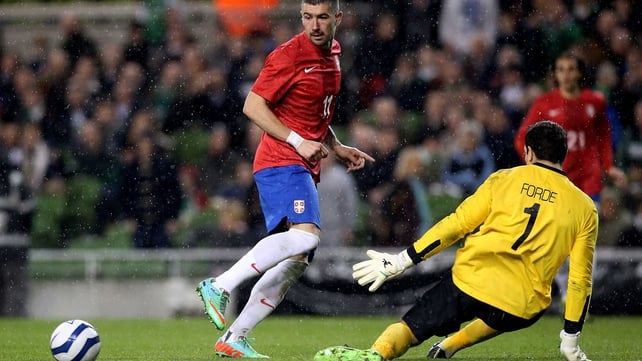 The second half was barely two minutes old when Serbia were level and the home crowd was silenced.

Manchester City’s Aleksandar Kolarov (above) shoved off McClean as he ran though the Irish defence.

His ball back across goal was turned past Forde by the stretching James McCarthy, with Dordevic waiting to tap the ball into the empty net.

Long’s mixed night in front of goal continued as he looked to nail down a permanent starting position in Robbie Keane’s absence.

Once again, Hoolahan cut open Serbia’s defence to put Long through. The attempted chip was rushed and drifted wide of goal.

Ireland were getting stretched at the back and Forde saved from Tadic before Serbia went ahead on the hour mark.

Coleman was caught in possession close to the area and Serbia attacked quickly in a move that ended with Dordevic squeezing the ball past Forde at the far post.

However, Serbia held on comfortably, leaving the Irish management duo with much to ponder ahead of the confirmed end-of-the-season encounters with Turkey and Italy. 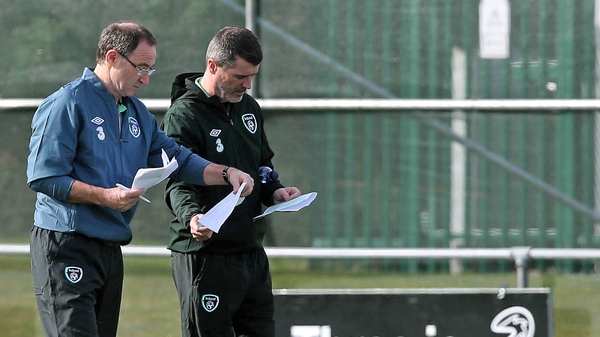