The former FC Groningen defender has impressed since moving to Scotland this summer as part of a Hoops defence that has not conceded a Scottish Premiership goal since November.

Such performances have seen the 22-year-old tipped for a place in the Holland party that will jet out to Brazil this summer.

But with Celtic's Champions League campaign over, some Dutch pundits have suggested his chances may suffer because of the poor quality of opposition in Scotland.

Mulgrew, though, is a huge fan of the defender's talents.

Speaking ahead of Sunday's league clash with St Johnstone, he said: "I'd give Virgil my backing for a World Cup call-up. He's a top player and is still young, he's got plenty of time on his side.

"From what I've seen of him and from training with him, he's good enough to be in the Holland squad.

"You could see from day one of his time here that he was a good player and he has got all the attributes. He has improved during his eight months here too and is getting better all the time.

"He's a typical Dutch centre-back - really good on the ball and really composed. He makes it look easy at times.

"Is it harder to get a call-up for a country like Holland when you're playing in Scotland? I don't know, maybe it is but I don't know why it should be." 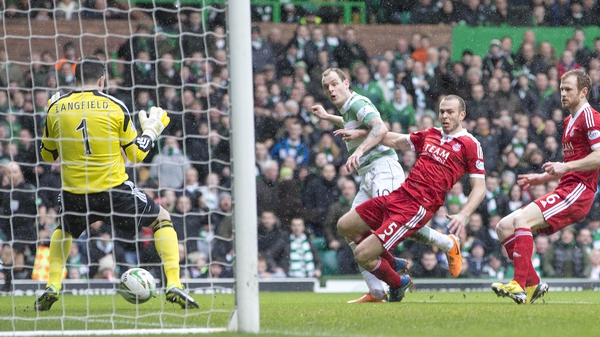