Jose Mourinho insists there are no divers at Chelsea and that Oscar made a "mistake" at Southampton when he was booked for simulation.

Oscar became the latest player to be shown a yellow card for diving in a series of high-profile offences, which prompted FIFA president Sepp Blatter to talk of the use of sin-bins.

The Portuguese insists Oscar's act, which saw him cautioned by referee Martin Atkinson, was a one-off.

"It's impossible for him to get a reputation, unless somebody wants to be unfair and to clean the image of other people by using Oscar's situation in the last game," he said.

"There are some divers in England. Not many, some. In Chelsea, no divers, no divers at all.

"Oscar made a mistake, which he tells me and I believe him, he was completely convinced the goalkeeper was coming to smash him."

"Oscar made a mistake, which he tells me and I believe him, he was completely convinced the goalkeeper was coming to smash him.

"The goalkeeper didn't, he made his mistake, he was punished with a yellow card, he accept the yellow card in a very calm way.

"His manager comes after in the press to say 'well done Mr Atkinson'. End of story. Here we don't have divers."

Mourinho wants diving to be eradicated from the global game.

"If Mr Blatter wants to analyse the situation, I give him my advice and my experience, because I've worked in many different countries," the former Porto, Inter Milan and Real Madrid boss added.

"And after that come to England, because in England the job is easy. England is the best country."

"I think it is very difficult to be a referee. The players play too quickly, the players are always trying to cheat because football is cheating,” he said.

"I think it is very difficult and I respect them (referees). Of course nobody likes it when the referee whistles against your team when it is wrong, but a lot of time he whistles and gives you an advantage that maybe you didn't have."

Everton manager Roberto Martinez said there should be communal effort to help eradicate diving from the game.

Martinez said: "I always felt extremely proud of the British game compared to other leagues around Europe in that we haven't got it in our culture.

"But unfortunately it has been happening - we have been a mix of cultures in the last few seasons and we are going to be getting that side of the same.

"I think it is down to all of us to try to eradicate that and get it out of the game." 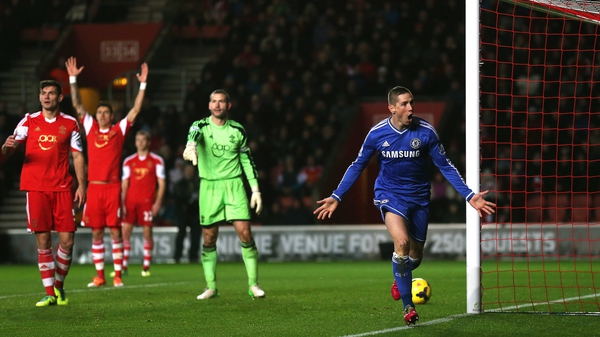