Hull manager Steve Bruce offered a stirring defence of owner Assem Allam but remains desperate for the unseemly row over the club's name to go away.

Allam has provoked fury among supporters with his proposals to rebrand the side as Hull Tigers, a move that would see the 109-year-old name of Hull City AFC abandoned.

The Egyptian businessman has hardly helped his cause with some unguarded public pronouncements, culminating with his suggestion that those who have taken to chanting 'City Till We Die' could "die as soon as they want".

Bruce did his best to steer clear of the controversy during the early part of the Barclays Premier League season but admitted after Sunday's 3-1 win over Liverpool that he would seek talks with Allam to try and ease tensions.

Returning to the topic ahead of Wednesday's visit to table-topping Arsenal, Bruce reiterated the need for a solution but attempted to paint a more sympathetic picture of his boss than Allam's own comments might have inspired.

"We can't let it be a distraction and to be fair I'm fed up talking about it already; I think that goes for most of us," said Bruce.

"The only thing I would say in defence of the chairman is some people don't realise he's pumped millions into a hospital here (in Hull) for cancer research. He's also paid €600,000 to buy a scanning machine for that hospital.

"He's only got best interests of the club at heart. I have to tell that to all the supporters.

"It's not a situation where he's come from afar just to buy a Premier League club – he's been here for 45 years.

"I think he bought Hull City because he didn't want Hull without a football team.

"It's a shame to be talking about these things because all the good work he has done is being soured by this name change.

"But there has to be a resolution and a way forward from it because it can only escalate and get worse."

"He's only got best interests of the club at heart. I have to tell that to all the supporters" - Steve Bruce on owner Assem Allam

That Bruce was forced once again to turn his attentions to the off-field unrest must have been a significant frustration after seeing off high-flying Liverpool.

A similar result at the Emirates, while even tougher to achieve, would surely be impossible to bump down the agenda but Bruce is under no illusions about the challenge that awaits his squad.

"Absolutely they can win the league," he said of the table-topping Gunners.

"We're a third of the way through so why can't they? They'll be like anybody else, hoping their big players stay fit, but when you look at their squad they're a match for anybody.

"The problem with Arsenal is how do you set up against them? They're fluid in their movement and their interplay. They interchange positions... where does Jack Wilshere play? Where does Mesut Ozil play?

"There's a freedom that makes it very, very difficult.

"Mr Wenger, who I've got the hugest respect for, has produced another fantastic football team who are going to be there or thereabouts and in (Aaron) Ramsey they've got the outstanding player in the Premier League."

Reminded that Hull memorably upset Arsenal on their own patch in their maiden Premier League season – when goals from Geovanni and Daniel Cousin secured a 2-1 win – Bruce added: "I remember it vividly, let's hope we can repeat that." 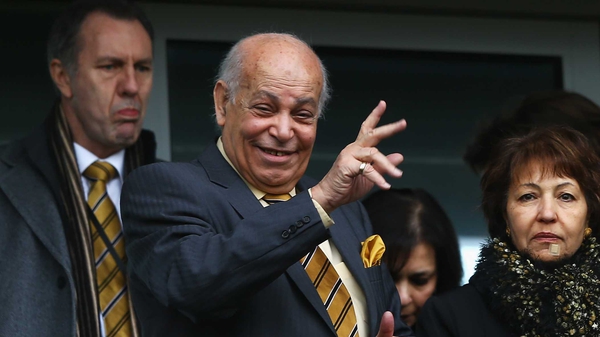