Hull manager Steve Bruce intends to speak to owner Assem Allam about his proposal to rebrand the club after claiming the Egyptian "does not understand" the tradition that goes with the name of the team.

Allam has been the target of strong criticism from fans ever since he announced his intention to ditch the 109-year-old title of Hull City AFC in favour of his preferred Hull Tigers.

He has been dismissive of those who oppose the move and in an interview with a Sunday newspaper told his detractors they could "die as soon as they want" - a reference to the City Till We Die movement.

Bruce has thus far attempted to rise above the row and focus on football matters but now plans to intervene in a bid to prevent the issue affecting on-field performances.

"I think the chairman has put something like £70 million into this club, so without him there wouldn't be a club or a 'Hull City', it would be down the tubes," he said.

"However, I've got to have a conversation with him. I don't think he understands quite what it means to the history and the tradition.

"All he thinks about is going forward. He thinks the brand would be better and that's his opinion.

"What we can't let happen is for it to fester on. At times when things aren't going so well it can create an atmosphere that no-one wants. We should be enjoying the Premier League rather than talking about a badge or a name change.

"They (the Allam family) don't really want brownie points, I just don't think they quite understand what it means to a lot of people.

"If we're Hull City Tigers or Hull City, we've got to stay together."

Bruce's words may serve to smooth some of the tensions arising from Allam's most recent interview, during which he told the Independent on Sunday: "I don't mind 'City till we die'.

"They can die as soon as they want, as long as they leave the club for the majority who just want to watch good football."

"How can they call themselves fans, these hooligans, this militant minority, when they disturb and distract the players while taking away the rights of others to watch the football, and of companies who have paid good money for advertising?"

The latter suggestions were met with disappointment by the City Till We Die fans group.

A statement released to Press Association Sport read: "Thankfully, hooliganism at football in this country is now exceedingly rare.

"The intemperate suggestion that singing "City Till I Die" or holding a banner with Hull City's name on it constitutes disorder is ill-informed, unhelpful and will be considered by many to be offensive.; nor is it credible to believe that such measured actions will have any effect whatsoever upon the team we so admire. 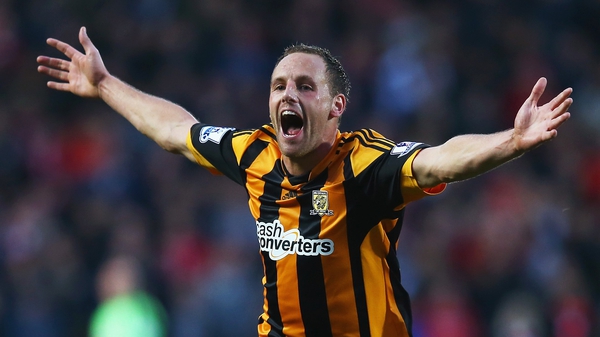