Three is the magic number at the Aviva Stadium this afternoon as Drogheda United take on Sligo Rovers in the final of the FAI Ford Cup, kick-off 3:30pm (live on RTÉ Two and www.RTÉ.ie/sport).

For Mick Cooke’s Drogheda, it will be their third cup final of the season, while Sligo are looking to make it three FAI Cup victories in four years.

Drogheda’s best form has come in cup competitions this season reaching the final of the Setanta Sports Cup and EA SPORTS Cup, although they were beaten in both deciders by Shamrock Rovers.

Cooke’s side will be looking to go one better at the Lansdowne Road venue and the manager is in the enviable position of being able to pick from a fully fit squad.

Drogheda players will have gained invaluable experience from their two previous cup finals and thankfully for the Boynesides, their 7-1 hammering in the Setanta final was partially expunged from the memory banks by a much more composed performance in the EA equivalent, dominating for large periods despite the 2-0 defeat.

And while the manager knows that his side are underdogs for the game, Cooke will certainly be emphasising the fact that his side have matched Sligo in their head-to-head encounters this season after knocking the Bit o’Red out of the Setanta Cup over two legs and drawing with them twice in the league, with just the one defeat. 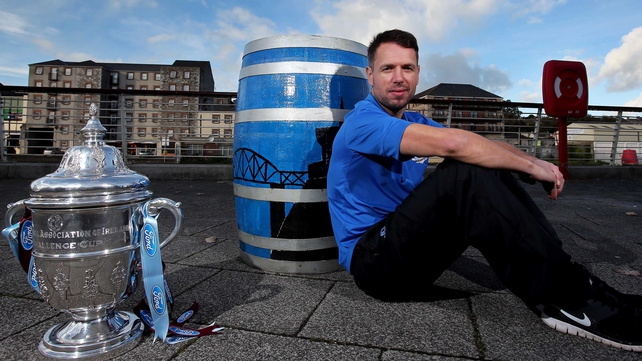 Speaking ahead of the final, Cooke said: “Obviously we have played Sligo a few times this season and both of us are well familiar with each other. They have been good games, although I don't think our last meeting can count for much.

“The Setanta Cup semi-finals and the two previous league meetings have all been very good and there's been little to separate us on each occasion.

“Sligo are out and out favourites and that seems right, they have more experience than us and obviously they finished third in the league, but we'll go there with confidence, as I said, anything can happen on the day.”

Cooke’s side are unlikely to try to match Ian Baraclough’s Sligo on the footballing front and Drogheda are likely to name a hard-working side with a lot of emphasis in midfield as they aim to thwart Sligo’s creative outlets with Alan Byrne, Paul O’Connor and Ryan Brennan’s performances key.

Frustrating the Sligo side should be a major tactic for Drogheda, knowing that they have their own attacking threats with Declan O’Brien always likely to take a chance when offered and the Brennan brothers also more than capable of unlocking defences.

One player who can certainly rise to the occasion at the national stadium is Sligo’s gifted former Cameroon international Joseph Ndo.

The creative midfielder was inspired as Sligo beat Shamrock Rovers 3-0 in the FAI Cup semi-final at the Showgrounds last month, however, Ndo is a doubt with a hamstring problem and hasn’t played since that victory. 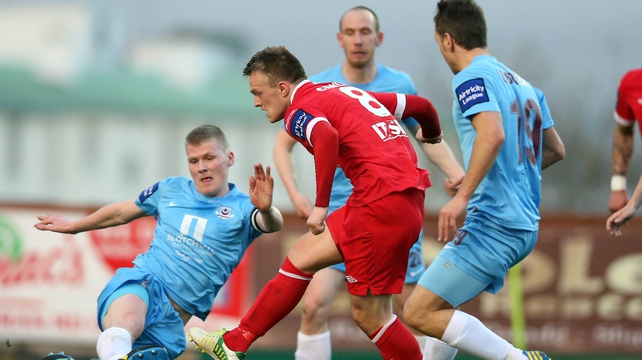 But Baraclough has plenty of options and while Ndo’s absence would certainly be the cup final’s loss, especially for the neutral observer, the Sligo boss will still be able to name a side more than capable of taking the famous trophy back across the Shannon.

And while Drogheda might attempt to make it a physical encounter, Sligo also have plenty of mettle in their squad, none better than Danny Ventre in the middle of the park sitting in front of one of the meanest defences in the country.

So provided Sligo do match Drogheda in midfield, the quality that they have going forward should prove too much for Cooke’s side with so many attacking and creative options.

Kieran Djilali had a slow start to the campaign but the former Crystal Palace man has been inspired throughout the second half of the season and will be key to Sligo’s performance. And with so many options in midfield and attack, the Sligo boss has been left with a selection dilemma ahead of the Aviva encounter.

Baraclough said: "We have options in our team selection. That is the great thing. We have some really good options in the team. We could go two or three different ways.

"We're going to try to ask the questions and hopefully they (Drogheda) won't be able to come with the answers. We give Drogheda the greatest respect. We have played them five times this season and all the games have been close affairs.” 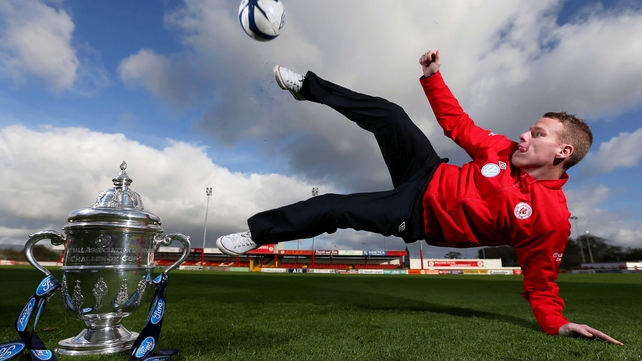 The Sligo boss has a big decision to make when it comes to picking his striker for the cup final with Anthony Elding and Danny North both vying for the jersey.

Elding made a huge impact at the start of the season and while his form dipped midseason, he has been rejuvenated in recent weeks and would prove a huge handful for the Drogheda central defenders.

North offers a different dimension and his ability to run in behind the Drogheda back four combined with his emphatic finishing may help sway the manager in his favour.

Sligo’s other attacking options are likely to come through Raffaele Cretaro and Aaron Greene, while full-backs Iarfhlaith Davoren and Alan Keane are also fond of the occasional foray forward, which will keep Drogheda’s midfield spending a lot of time in their own half.

Drogheda will certainly arrive at the Aviva confident that they can emerge victorious from this season finale, however, with so many attacking options at Sligo’s disposal and a defence and goalkeeper that have made a habit of keeping clean sheets this season, it is hard to predict anything other than a victory for the Bit o’Red. 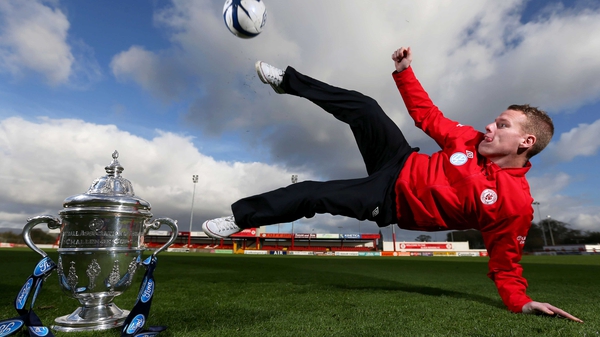