Sligo Rovers striker Danny North admits that FAI Ford Cup opponents Drogheda United are something of a bogey team for the Bit O’Red this season.

The sides will clash for the sixth time this year in the Aviva Stadium showpiece, live on RTÉ Two, kick-off 3.30pm.

The Louth men have won twice and claimed two draws in the five fixtures so far. Mick Cooke’s men have also been beaten finalists in the Setanta Cup and EA SPORTS Cup final.

North told RTÉ Sport: “[They’re] a horrible team to play against. They’ve caused us no end of problems this season.

"They’ve got to two cup finals so they’ll want to win it, third time lucky for them. We know if we can do what we can and play as we do, we’ll come out on top.”

"They’ve got to two cup finals so they’ll want to win it, third time lucky for them"

Ex-Grimbsy man North has previous experience of cup finals - a Johnstone's Paint Trophy final in 2008 at Wembley in which his hometown club lost 2-0 to MK Dons, with Ireland international Keith Andrews on the score-sheet.

He said: “Hopefully, it will be a better experience this time. We lost on the day, 2-0 to MK Dons, they were massive favourites compared to us.

"I think we’re slight favourites for this game. Hopefully, I can take that experience and change it and come away on the winning side.

“Days like these don’t come around too often. You’ve got to enjoy it and take it all in, enjoy the training and enjoy the build-up to the final.

“At the end of the day, it’s a cliché but it’s just another game.

"You can see the boys are flying around in training, doing everything they can to show the gaffer that they want to play.

"You’ve just got to take it as normal training-wise. As long as we get to that final and win that’s all that matters.

“We can only judge the season [as a success] if we win this. Third [place in the league] and in Europe again is good but if we don’t win the cup final I don’t think we can class it as too successful.

"We win that and [it’s] happy days and we can all go celebrate.” 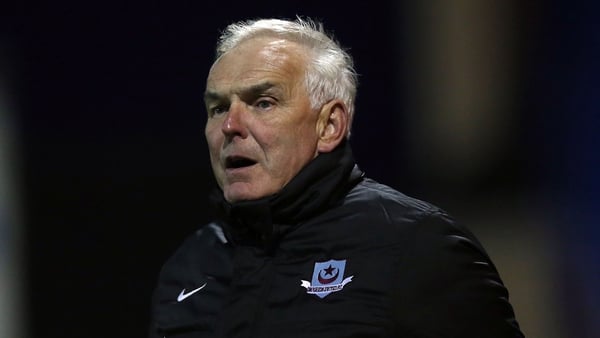