Real Madrid coach Carlo Ancelotti has described recent comments made by FIFA president Sepp Blatter about Cristiano Ronaldo as showing a "lack of respect" and revealed the Spanish giants have been in touch with the world governing body asking for a retraction.

Madrid have taken umbrage over Blatter's response after being asked to compare Ronaldo with Barcelona star Lionel Messi while speaking at the Oxford Union last week.

Blatter said both players were exceptional but described Messi as a "good boy" before going on to say, in apparent reference to Ronaldo, that "one has more expenses for the hairdresser than the other".

The FIFA president then concluded by saying he preferred Messi of the two players.

Ancelotti was asked about Blatter's comments at his press conference ahead of Wednesday's match with Sevilla, and was quoted as having said on Madrid's official website: "I'm aware our president (Florentino Perez) has sent a letter to FIFA asking to retract what I consider to be a lack of respect to a very serious, very professional player.

"I'm completely in agreement with our president. I haven't spoken with Cristiano about this. He's trained very well today, as always. He's shown every day that he's a great player, serious and professional, respectful to everyone and he has to continue like that."

Blatter's comments came during a question and answer session at Oxford University on Friday where he was asked about Messi and Ronaldo.

Blatter started off by heaping praise on Messi, saying: "They are both exceptional players but they are totally different and football is about the difference of styles, because Lionel Messi is a good boy who every mother and father would like to have at home.

"And that's what makes him so popular and naturally he will always get a lot of goals because he is this nice man, and he plays well and scores goals."

Then, when appearing to talk about Ronaldo, Blatter said "the other one, this is something else. The other one is like a commander on the field of play," before the FIFA chief stood up from his chair and walked across the podium in comic fashion.

Blatter continued: "But this is the other side of football and that's good to have such commanders on the field also. Because you don't have the same attitude, and that gives life to football and one has more expenses for the hairdresser than the other, but that doesn't matter...

"So I cannot say who is the best. The list (Ballon d'Or) will be published on Tuesday, and then the public will make the choice.

"I like both of them, but I prefer Messi." 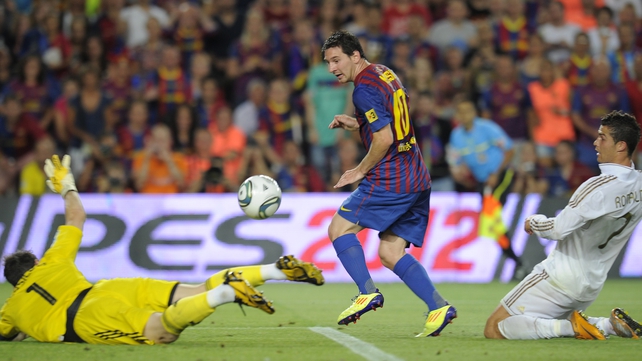 Ronaldo and Messi were both on a 23-man shortlist for FIFA's Ballon d'Or award which was announced earlier, with the winner to be unveiled on 13 January in Zurich.

Messi has won the award for the last four years, with Ronaldo finishing runner-up to the Argentinian on the last two ocasions. 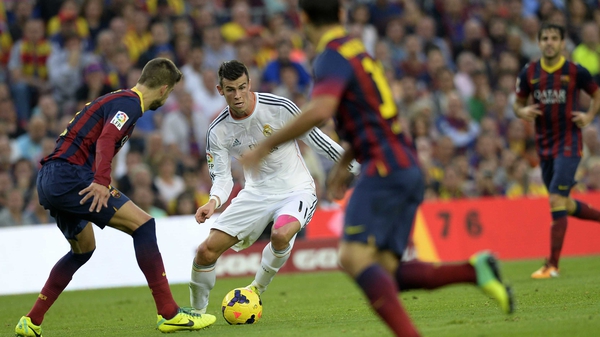