After the morale-boosting 1-0 win over Macedonia on Friday, Wales face a daunting test against a Belgium team including Premier League talents such as Eden Hazard, Romelu Lukaku, Marouane Fellaini, Kevin De Bruyne and Kevin Mirallas.

The game could prove to be Coleman's last competitive fixture in charge of the Dragons, with talks over a contract extension having stalled.

He has urged his injury-hit squad to show no fear against a side who sealed their place in Brazil with victory over Croatia on Friday, but acknowledges the Red Devils will be among the contenders to lift the game's biggest prize.

Coleman said: "They were 40th in the world when we first played them in Cardiff at the start of the campaign. Now, they are sixth.

"They are a very good team. We've been doing our homework on them and pound for pound and player for player, they have the most expensive squad in the world.

"I'd fancy them at the World Cup. They have a real outside chance. They are a very good team.

"It's a difficult test for us on Tuesday night. I don't think there will be many teams looking at them thinking, 'We'd like to play them'."

"I'd fancy them at the World Cup. They have a real outside chance" - Chris Coleman

On current form, few players in the Wales squad for this double-header would make it into the Belgian side, but Coleman feels Arsenal midfielder Aaron Ramsey is an exception after the 22-year-old turned in another exemplary display against Macedonia.

"I'd put Aaron in any team because of the way he is playing. There's not a manager who wouldn't have him in his team every game," said Coleman.

"He could play in the Belgian team, absolutely, and I don't say that because I'm Welsh. He's that good."

Another stand-out performer for Wales in the win over Macedonia was defender James Collins, who marshalled the defence superbly in his first appearance since settling his differences with Coleman.

The pair had fallen out after Coleman accused the West Ham defender of turning down the opportunity to join up with the squad last month, something the player denied.

Collins called Coleman to arrange face-to-face talks and he marked his return to a Wales shirt with a fine display. Coleman said: "It took courage for him to pick up the phone. He could have easily left it.

"A lot of people would have looked at it and thought, 'Macedonia at home, ten pull-outs, then Belgium away'.

"He could have had an excuse as we needed a centre-back and we were going into a cauldron, but he came down.

"We had a good conversation. I promise you it wasn't a laugh or a joke or a pat on the back.

"We both had it out and were honest. It's how you get things sorted. He was brilliant. I could sense it before the game that he would stand strong.

"He had a young back four around him and his organisation was superb. He was an absolute rock." 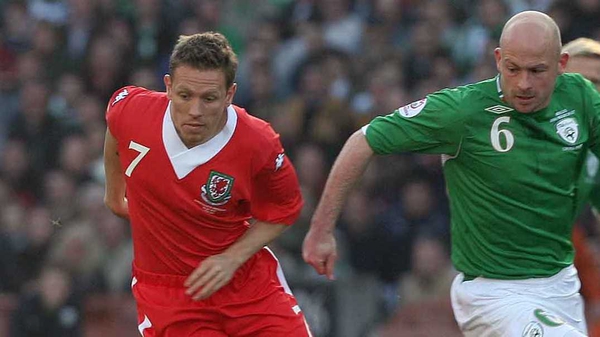