Craig Bellamy will bring down the curtain on his Wales career with the World Cup qualifiers against Macedonia and Belgium.

The 34-year-old Cardiff striker had previously stated he could not see himself playing a part in the Euro 2016 qualification campaign, but had also added the caveat that it was possible he could change his mind.

There had also been suggestions next month's friendly with Finland would end up being his final game in a red shirt, but Bellamy will bow out after next Tuesday's clash in Brussels.

He said: "This is the last week of my Wales career, I will not play in November.

"To play 70-odd times has been the best, even with the disappointments, the lows and the times I did not want to play again, because defeats can do that to you.

"But to have the honour of going out and singing the anthem 70-odd times...it's different, it's the best and I hope I get the chance to do it on Friday and again on Tuesday."

"To play 70-odd times has been the best, even with the disappointments"

Bellamy is the equal third most-capped player in Welsh history, and will win his 77th cap against Macedonia on Friday in what will be his final home appearance, which will fittingly take place in his hometown of Cardiff.

Bellamy admits it has been a tough decision to end his 15-year international career, but feels he has to do the right thing for the current squad.

"I am just grateful for every game I have been lucky enough to play for my country and I really mean that. It's an honour to play for your country at any level and in any sport. When you get the opportunity to do it 70-odd times it is hard to let go.

"I can't tell you how I will feel playing my final home game on Friday. The emotion of it will probably hit me more later on, when I am watching the team, but I have to do what is best for the national team and this group of players are the future.

"The next qualifying campaign is another two years. I am not going to see it, and for this group of players, with the talent they have, to have the best shot, I have to cut myself short and I have to be realistic." 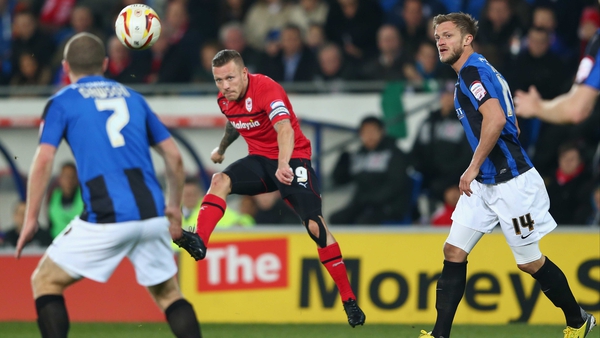