Liverpool captain Steven Gerrard has admitted he feared Luis Suarez would leave the club this summer.

The Uruguayan has had a tumultuous Anfield career and returned from a 10-game ban for biting Chelsea defender Branislav Ivanovic with two goals against Sunderland on Sunday.

Suarez was linked with a move to Real Madrid early in the transfer window and Arsenal lodged a bid of £40,000,001 for the 26-year-old after it was suggested that would trigger a release clause.

The striker made no secret of his desire to leave Anfield but is now back in the fold and Gerrard is delighted that all the speculation over his future has ended.

Gerard said: "Every day in the summer. When you have a player as good as Luis Suarez, you know that the big clubs are going to want him.

"I was waking up every morning, hoping that nothing would happen and that he would still be here.

"Nobody tried harder than me to make him stay and he knows exactly what I think of him. I knew if we could keep him here, the better our chances would be.

"He is a special type of footballer and he gives us something different. When the club got the message to him that they were not going to sell him, he got his head down and has worked hard.

“He has never given us a moment's problem.

"I think it is a credit to Luis for the way he has come back. A lot of players who have been in his position might have come back and spat the dummy out, not trying for the team. But he is not that type of guy.

"He realised that the club wanted to keep him and he has respected their decision. He is here now and he wants to stay. He wants to achieve something this season and he looks as hungry as he has ever done." 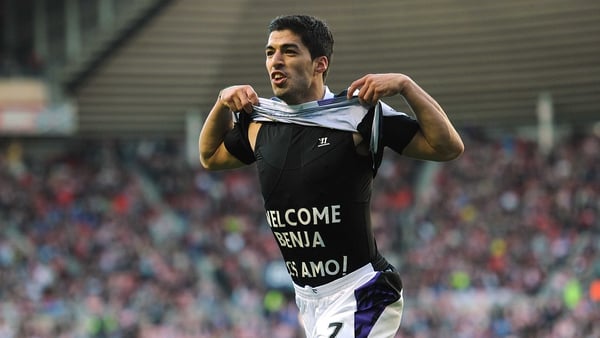