Luis Suarez marked his return to Premier League action with two goals to help Liverpool to a 3-1 win at managerless Sunderland that lifted them to second in the Barclays Premier League table on Sunday.

The Uruguay international, back in the fold after completing a 10-match suspension, needed just 37 minutes to find his way on to the scoresheet when he made the most of a flowing move to tap home from close range, and then celebrated by revealing a tee-shirt dedicated to his family.

Strike-partner Daniel Sturridge had given the visitors the lead by bundling home a 28th-minute Steven Gerrard corner with referee Howard Webb failing to spot that the ball had gone in off his arm, and it was he who set up Suarez to make it 3-1 at the death.

However, Sunderland, who had earlier hit the bar through Sebastian Larsson, more than played their part in the game and got themselves back into it when Emanuele Giaccherini pulled a goal back seven minutes after the restart.

There was as much focus before kick-off on the man who occupied Liverpool's number seven shirt as there was on the search for a replacement for the man who no longer occupied a seat on the Sunderland bench.

That process is ongoing with chief executive Margaret Byrne using her programme notes to inform the club's fans that talks have taken place with several candidates, and that there will be discussions with more this week.

Interim head coach Kevin Ball, who has put himself forward as a candidate, launched his temporary reign with a Capital One Cup victory over Peterborough on Tuesday night, and kept faith with the 11 men who brought a measure of normality back to the club after a chaotic few weeks.

Once again, they produced a performance which combined character, organisation and some intent.

Unfortunately for them, however, they came face to face with a team which boasted significantly more potent weapons than those in the Posh armoury.

There was little to choose between the sides during the early exchanges and Larsson came close to giving the home side a 24th-minute lead when his free-kick beat former team-mate Simon Mignolet, but came back off the bar.

Wide-men Giaccherini and Adam Johnson were causing problems for the Reds, as was bustling striker Jozy Altidore. 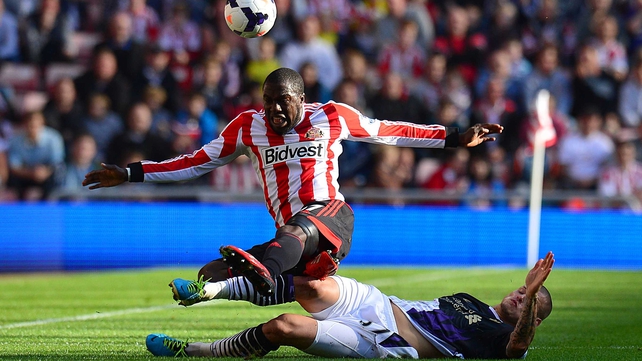 However, it was Liverpool, who had seen an earlier Martin Skrtel effort ruled out for offside, who got their noses in front four minutes later, although in controversial circumstances.

Central defender Kolo Toure only just failed to make meaningful contact with Steven Gerrard's left-wing corner, but Sturridge smuggled the ball over the line, although replays revealed with more than a little help from his right arm.

But the visitors' second goal was a thing of beauty, Gerrard picking out Sturridge with a raking 37th-minute pass and watching the striker sweep past Carlos Cuellar before drilling in a cross for Suarez to steer home at the far post.

The Black Cats left the pitch at half-time perhaps aggrieved to be two down having created chances of their own, the best of them falling to full-back Craig Gardner with a minute of the first 45 remaining.

Lee Cattermole's deft pass over the top put Gardner in on goal and it took a fine reaction save by Mignolet to keep out his first-time effort.

Suarez picked up where he had left off after the break, winning a 48th-minute corner with a deflected shot and then firing across goal from the resulting set-piece.

But the Black Cats continued to battle for a way back into the game and found it with 52 minutes gone when Mignolet could only parry Ki Sung-yueng's long-range drive and Giaccherini pounced on the rebound to score.

Mignolet redeemed himself two minutes later when he dived to his right to push away a dipping Gardner effort as it sped through a crowded penalty area with the home side very much back in the game.

The Belgium international proved equal to the task when Altidore let fly from distance with 62 minutes played, but opposite number Keiren Westwood had to acrobatically turn away Victor Moses' stinging right-foot shot from a tight angle five minutes later.

Suarez passed up a chance to claim a second goal of the afternoon with 18 minutes remaining when Cuellar did just enough to prevent him from converting Enrique's inviting cross, and Cattermole denied him once again two minutes later with a good block.

But the South American was not finished and having picked out Sturridge with a fine 89th-minute pass, he made his way into the box to convert his cross and seal victory. 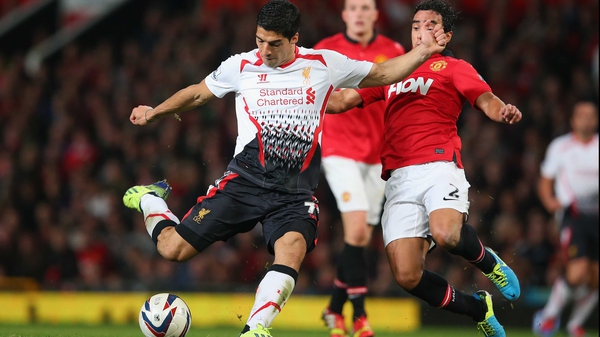