Republic of Ireland manager Giovanni Trapattoni has included Richard Dunne in his finalised 23-man squad for the crucial World Cup qualifiers against Sweden and Austria.

Dunne had been included in the provisional squad for the crucial double header, and Trapattoni is obviously happy with the centre-half's fitness having recently watched the former Aston Villa man help his new club QPR to a 1-0 victory over Bolton Wanderers.

Dunne has enjoyed plenty of club football in the early season and has shown no sign of the groin problems that caused him to miss all of last season.

Midfielder Aiden McGeady, and defenders Sean St Ledger and Joey O’Brien have withdrawn from the squad through injury.

Yeovil striker Paddy Madden also drops out due to a knee injury, as Hull’s David Meyler is placed on the standby list.

The loss of St Ledger and O'Brien poses a serious dilemma for the manager, with Dunne having played just two games for QPR as he attempts to reach full match fitness.

St Ledger began the season positively for Leicester, scoring the winning goal in a League Cup tie against Wycombe, but has not played for three weeks.

O'Brien played for West Ham at Newcastle last weekend, while McGeady has not been involved for Spartak since 4 August.

A statement from the FAI read: "Aiden McGeady pulled out of training with Spartak Moscow this week with an ongoing knee injury, while Sean St Ledger is still working his way back to full fitness after injuring his knee in early August.

"West Ham’s Joey O’Brien is also suffering from a knee injury and is undergoing treatment at his club."

Ireland will host Sweden at Aviva Stadium on 6 September, before facing Austria in Vienna on 10 September. 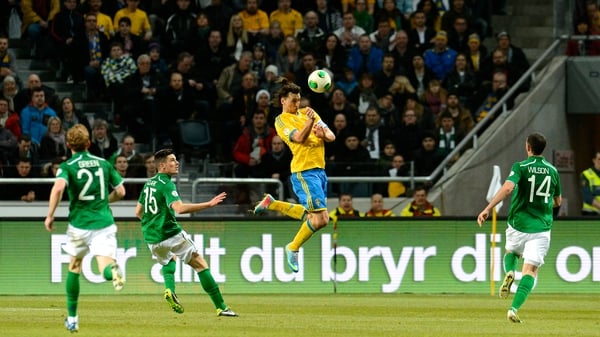