Although the English boss insisted he would never rule anyone out of selection, his additional comments on Crouch appear to rule out any chance of the 31-year-old getting picked for his country again.

Despite an impressive strike-rate of 22 goals in 42 matches, enough to make him the joint 16th highest scorer in England history, Crouch has never been a regular starter.

Fabio Capello always gave the impression of being willing to ditch Crouch if anyone better came along, whilst he has been ignored by Hodgson throughout his short time in charge.

Hodgson insists there is nothing personal behind his decision, revealing he tried to sign the giant forward when he was manager of Fulham.

However, when Crouch opted against joining a list of standby players ahead of Euro 2012, it looks like he was ending his England career at the same time.

"He was on a standby list but he made it clear that, unless he was in the squad, he didn't want to be considered," said Hodgson.

"I'm not going to bring him in to fill up the bench.

"The day Crouch gets into an England squad is when I think he should be in the original 23."

The problem for Crouch is that even with Wayne Rooney and Andy Carroll missing from the squad that faces Ukraine at Wembley this evening, he still did not make the cut.

Danny Welbeck and Daniel Sturridge are also ahead of Crouch in the queue, as is Jermain Defoe, who will start this evening's World Cup qualifier.

In addition, there is Darren Bent, not to mention Norwich's Grant Holt, who was tipped by some to go to Poland and Ukraine last summer, but never made it.

At least Bent should not give up hope just yet after also being ignored.

"Darren was injured for the best part of last season and the new one is only two or three games old," said Hodgson.

"He's a player we'll be following. I've not dismissed anybody." 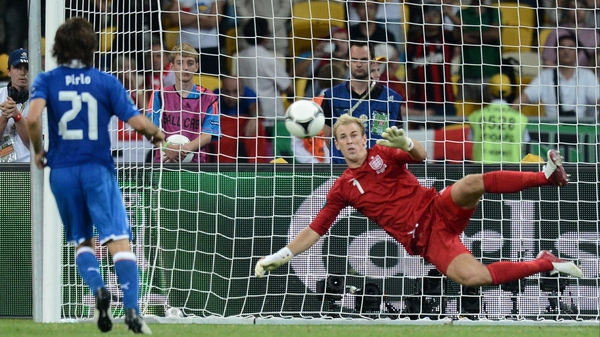 Taylor critical of Hodgson tactics as England bow out of Euros