Former England manager Graham Taylor believes current boss Roy Hodgson got his tactics wrong and that a shoot-out victory would not have been enough to paper over the cracks in their performance.

England exited Euro 2012 after their penalty shoot-out loss to Italy, although England could not argue as they had been second best throughout the goalless 120 minutes.

"If we'd won, we'd all be excited and we'd all be saying things but in the back of our minds would be the 120 minutes where we were the second best team," Taylor told Five Live.

"You know as well as I do that tournament football is all about winning, and if we'd won the shoot-out I would be as excited as the next man.

"But in Andrea Pirlo you've mentioned a player there who had the freedom of the pitch. This is difficult, but it's one of the things I learned from my time and that is that we were never going to win anything playing 4-4-2.

"You can't allow yourself to be outnumbered in the middle of the pitch because they play through the team and yesterday Pirlo had the freedom of the pitch, so I think from a tactical point of view that was a mistake."

Taylor suggested a change of culture is needed in English football.

"It's about style of play," he said. "They are very comfortable on the ball and apparently going nowhere for a lot of time. That is something we are getting more and more aware of, possession is nine-tenths of the law in that regard.

"Italy basically kept the ball from us and dominated possession and had more shots. England looked tired as the competition went on and we've seen that before in many respects. But the difference between our club football and our international football is there to be seen."

Taylor also wondered if some of England's older players - not least captain Steven Gerrard - might now be reaching the end of their England careers.

"Steven Gerrard gave everything to the cause in this tournament, but time catches up with everyone, no matter how good you are, and it will be very interesting to see what happens in the next two years," he said. 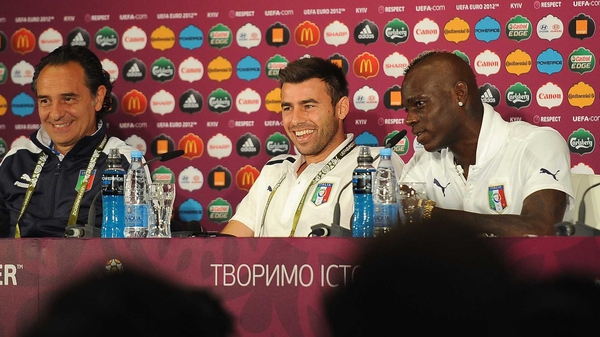