St Pat's Athletic had to settle for a 1-1 draw away to Siroki Brijeg in the first leg of their second round Europa League tie after the hosts bagged an equaliser at the death.

The Airtricity League side took the lead after 12 minutes after a good run by Christy Fagan from midfield found John Russell. The latter hit a shot that was saved by the Siroki keeper, but the ball broke to Fagan, who found the net with ease.

Only a minute earlier, Pat's were awarded a penalty after a handball in the area, but John Russell's weak spot-kick was easily saved.

Liam Buckley's side defended well for long periods of the game and looked like taking a priceless lead back to Inchicore for the second leg.

However, a lapse of concentration at the back three minutes into added time saw Santos Wagner rise highest to head home a leveller for the hosts.

Nevertheless, it's advantage Pat's with their away goal and they will be hoping for an enthusiastic home support next Thursday to help secure progression to round three. 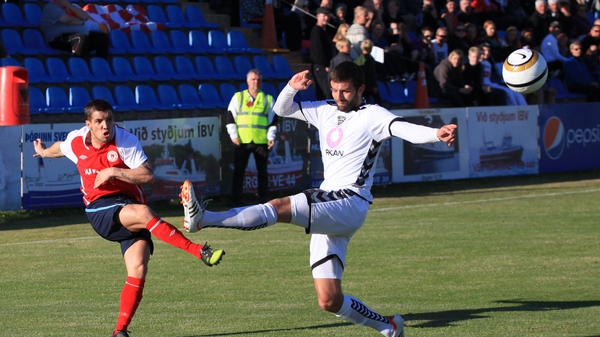