Joey Barton today denied trying to deflect attention away from his behaviour at Manchester City as he waited to learn whether faced a nine-match ban.

Last night then saw Barton launch an expletive-laden attack on his former manager at Newcastle and current Match of the Day pundit Alan Shearer.

But he denied accusations from presenter Gary Lineker that his attack on Shearer was an attempt to deflect attention away from his conduct.

Barton today posted on Twitter: "No deflections here mate. Think the fact about 100m people seen it will see to that. Just don't like how he gets personal..."

He added: "Right enough about yesterday, I apologise to everyone offended by it. If that's not enough for some, so be it. Life is too short."

"Things happen on the pitch, in the heat of battle sometimes. Not how we always plan them to happen.

"For there are brighter sides to life and I should know because I seen them, but not very often..."

Barton will serve an automatic four-match ban for his dismissal for elbowing City striker Carlos Tevez during the second half at the Etihad Stadium yesterday.

However, he seems certain to face additional sanctions from the Football Association for his subsequent attacks on matchwinner Sergio Aguero and Blues skipper Vincent Kompany which, with the add-ons for previous dismissals, could see him start next season with a nine-match suspension.

Barton tweeted last night: "Can do nothing but apologise to the players and fans. Still don't think it is a sending off.

"Still not my proudest moment but who gives a f***. We are safe.

"The head was never gone at any stage. Once I'd been sent off, one of our players suggested I should try to take one of theirs with me. Never worked but god loves a trier.

"Think a few people are forgetting Tevez started the fracas by throwing a punch to the head."

The 29-year-old took to the social networking site again later in the evening to direct his ire towards Shearer after being criticised by the former striker on Match of the Day.

He posted: "Shearers still on my case... I know I f***** up Alan, thanks for stating the obvious.

"Whilst were both stating the obvious about each other, can I just say for the record what a great player u were. Well better me...

"But I have a better hair (which is not hard), wear well better shirts on TV and have a personality (something u lack). 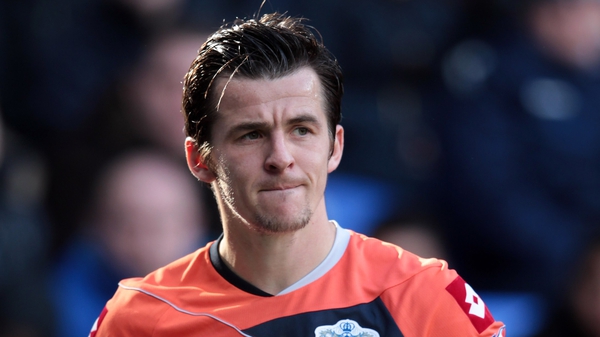 Barton hits out at critics after Liverpool win